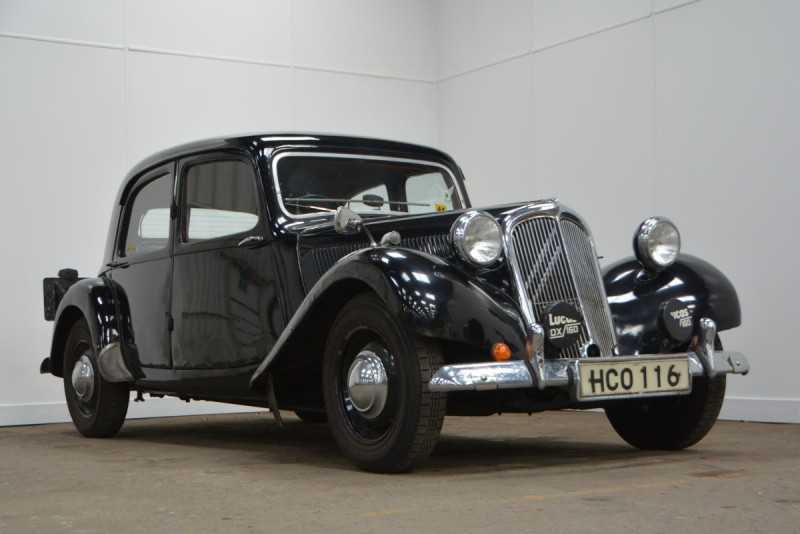 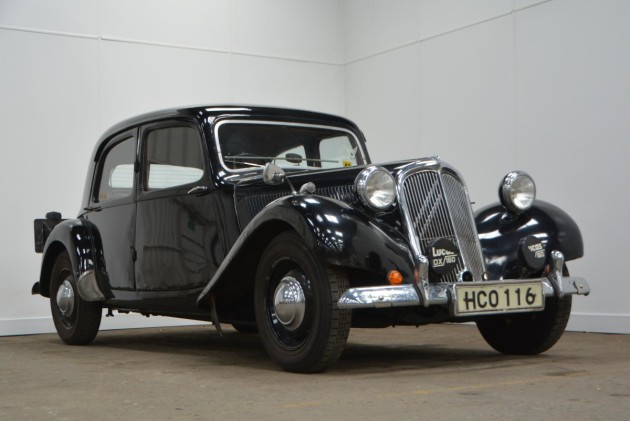 Believed two owners, the current since 1983; Slough-built car; sympathetically restored in 2006 and only 600 miles since; now in need of cosmetic TLC; useful spares; on offer here from a deceased estate

There’s one thing you can’t take away from the French; they always like to do things their own way: ‘Vive la difference!’. And they don’t come more different than Andre Citroen, the gifted but enigmatic engineer who founded what was to become Europe’s largest car manufacturer by 1919. Wilfully ambitious and years ahead of his time, his relentless determination to do things his own way not only bankrupted his company, which had to be rescued by Michelin in 1934, it also caused his own death from a stress-induced illness in 1935.
What pushed him and his firm over the edge was the extraordinary Traction Avant which positively bristled with new-fangled innovations. Launched in 1934, it was not only the world’s first mass-produced front-wheel drive car but also one of the first to feature a welded steel monocoque body, rack-and-pinion steering, hydraulic brakes, synchromesh transmission and independently sprung front suspension.
Considerably stronger, lighter and lower slung than conventional designs of its era, it initially had a 1.3-litre 32bhp engine which was capable of 62mph and 28mpg economy with exemplary handling and stability. Only available in black, the 11B was launched in 1937 with a 1.9-litre four-cylinder engine producing 46bhp and a top speed nigh on 70mph. Production resumed after WW2 and lasted until 1957 when the Traction was replaced by the equally revolutionary DS after an astonishing 760,000 examples had been sold.
As early as 1919, Citroen had set up a manufacturing base near London to produce its trademark gears. Changes in UK import duties meant that in 1926 the plant expanded to a new site in Slough where they produced locally assembled cars for the UK market and onward export to RHD Commonwealth countries. Due to the expensive and complex tooling needed to make the Traction Avant, the factory didn’t start production of this model until after the war.
Slough-built models were renamed to reflect the fiscal horsepower, the 11B being sold as the Light 15 in the UK home market. The interior also differed from the French-built cars, with wooden dashboards and optional leather upholstery adding a touch of traditional luxury to the technically futuristic design. They also had Lucas 12v electrics which proved so effective compared to the original Marchal/Ducellier 6v system that many French-built cars have also been converted to 12v.
First registered in Plymouth in August 1952, this Slough-built Light 15 has been in the current ownership for 38 years, the vendor buying it for £1,750 in 1983 from a gentleman in Devon who had also owned it for many years (possibly from new, if the V5C is to be believed).
On offer here from a deceased estate, there is not a great deal we can tell you about the car but the family tell us that it was in regular use during the ‘80s and ‘90s, being extensively used both here and on the Continent, but was used much less frequently in later years.
Invoices show that it was restored by Citroen specialists Classic Restorations of London in 2006 at a cost of some £6,100. This included an overhaul of the engine and gearbox; new clutch; new manifold; new brakes; overhauled suspension with new front and rear shock absorbers; reconditioned steering rack; new wiring loom; dashboard refurbished; new inner and outer sills; new boot floor plus a host of other jobs.
Two old MOTs from 2006/07 and 2010/11 show that it has only done about 600 miles since this work was completed as the car was put into storage shortly afterwards due to illness.
Recently raised from its slumbers and treated to a new battery and some fresh petrol, it was soon coaxed back into life. Since arriving on site at Brightwells, it has been starting promptly and driving remarkably well – in fact you can scarcely believe that the design is nearly 90 years old, the car itself is almost 70 years old and it hasn’t been driven for 10 years.
Something of a Citroen aficionado, the owner has thoughtfully left some useful notes and driving tips which will help the new owner to familiarise themselves with the car and to get the best out of it. Retaining its original (transferable) number plate, it comes with a spare dashboard which is in the rear passenger compartment. A spare engine is also included, along with a roof rack and a top box which were specially made for the car, although these will need to be collected from the Worcester area before 23rd April if desired.
Okay, it may be showing signs of wear here and there and it will need some localised attention to the bodywork, but you will be pleasantly surprised at how well it drives and its Gallic charm will soon win you over. The Traction Avant was so far ahead of its time that it can still hold its own in modern traffic and makes a surprisingly practical everyday classic – despite being older than the majority of people reading this catalogue! Andre would be proud…
For more information contact James on 07970 309907 or email james.dennison@brightwells.com