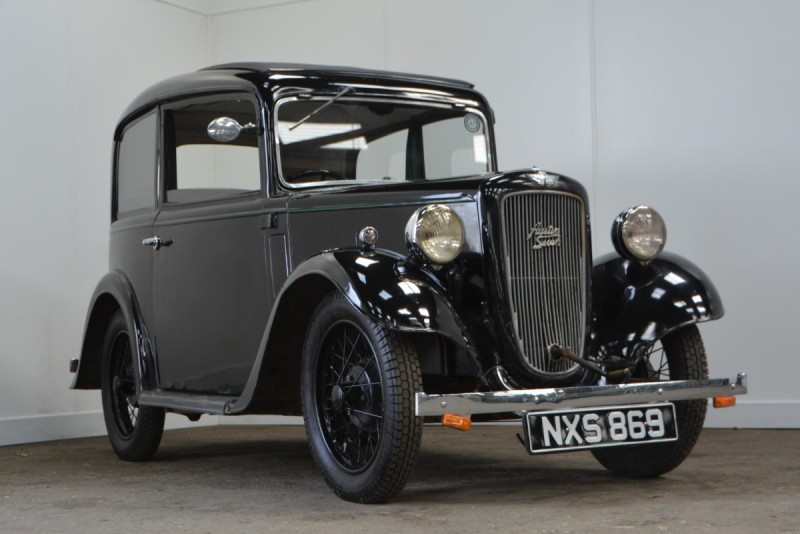 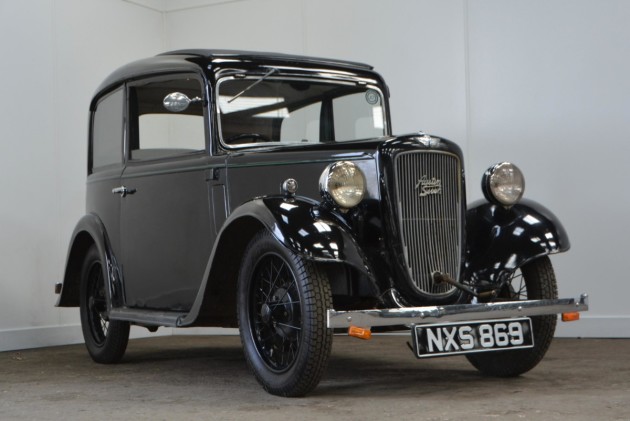 Sympathetically restored about 10 years ago; good history file back to the early 1960s; bags of character

Launched in 1922, the Austin Seven was an unprecedented success that not only saved Austin but wiped out most other small cars and cyclecars of the early 1920s. Simply yet brilliantly engineered, it quite literally put Britain on the road. Built around an A-frame leaf-sprung chassis and powered by a 10hp 747cc four-cylinder sidevalve engine, it came in numerous different body styles and remained in production until 1939, going through a bewildering number of variants along the way encompassing saloons, tourers and out-and-out racers.
Introduced in 1934, the Ruby was an addition to the existing saloon range and featured a longer bonnet with hinged vents at the side, cowled radiator and downswept tail with enclosed spare wheel.
First registered in Dorset in June 1935 with the number JT 2949, this little Ruby comes with a good history file extending back to the early 1960s and an album of undated photos which suggest it was restored about 10 years ago.
A list of new parts fitted at around this time includes materials for a new fabric roof; rubber window and boot seals; seat foams; running board rubbers; rechromed front bumper and headlights; powder coated wheels; new wiring loom; spark plugs; tyres and inner tubes; shock absorbers; battery; indicators; fuse box; battery cut-off switch; green engine paint plus numerous other items at a cost of £2,036.
A new set of Pine Green carpets and new locking door handles were fitted in 2012 when the radiator was also recored and it had a new sump gasket and in-line fuel filters in 2014.
Six old MOTs suggest that it was back on the road in 2012 and in regular use until at least 2017, covering around 1,000 miles in the last nine years. Also on file are numerous invoices from 1962 to 1983 showing regular upkeep during this period, along with nine old MOTs from 1962 to 1985.
The invoices suggest that it moved from Dorset to Surrey in 1963, an old green logbook and a V5 showing that it was in Kent during the 1970s and then in Hertfordshire in the 1980s. An Austin Seven Club valuation certificate valued the car at £5,500 in January 2012.
As you can see in the photos, it has a nicely patinated interior retaining much originality. The paintwork looks good from a few feet away but is cracked here and there on closer inspection (principally the roof and the wings). Starting and running nicely as we have moved it around on site, it looks very good underneath and doubtless has another 80+ years of useful life ahead of it.
For more information contact James on 07970 309907 or email james.dennison@brightwells.com