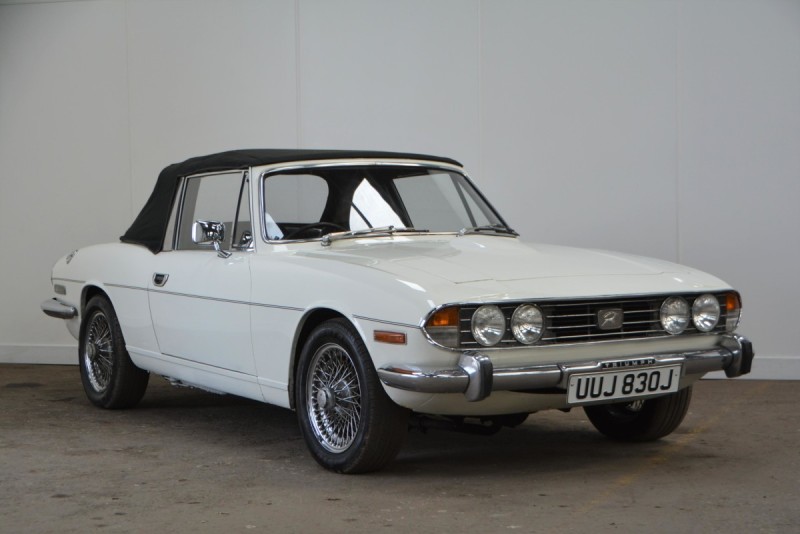 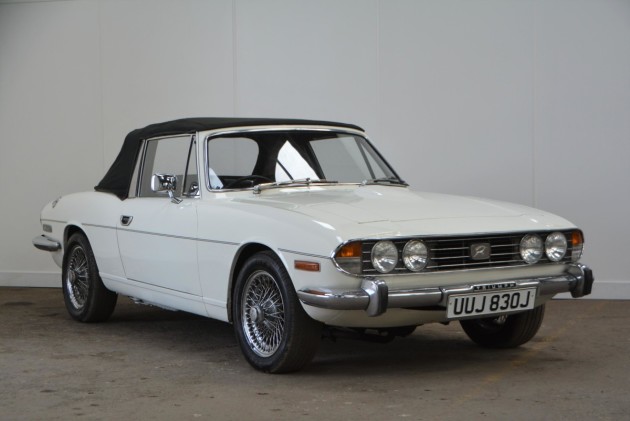 "If one car sums up all that was good and bad about the British car industry, then it must be the Triumph Stag. Where it was good it was brilliant; and where it was bad it was terrible."
As the excellent Honest John website makes clear, the Michelotti-designed Stag was one of the most charismatic sports tourers ever produced on these shores but it was also bedevilled with typical 1970s build quality issues, particularly where the engine was concerned which was prone to catastrophic overheating.
Within two years of its launch, several companies had sprung up offering engine transplants, the V6 Ford and Rover V8 units being the most common alternatives. Had the internal politics at BL not prevented the use of the lovely Buick-derived Rover 3.5-litre V8, the story of the Stag would have been very different, its elegance, practicality and sophistication adding up to a winning package that has long made it one of Britain’s best loved classic cars.
First registered in March 1971, this early Stag Mk1 Manual Overdrive appears to have received a Rover V8 engine transplant some years ago, an invoice from 2007 showing that it was already in place then when a new Facet electronic fuel pump was fitted along with a new coil and a replacement alternator. The power bulge in the bonnet is there to clear the carbs on the taller Rover engine.
Other than that there is no real history with the car apart from an old MOT from 1990 at which point the mileage was recorded as 45,159, a figure which has since risen to 60,475 miles. An online MOT history check shows that it has a current MOT valid until 23rd April this year although it has not had another MOT since at least 2006 so it has clearly been in storage for the last 15 years at least.
Riding on after-market wire wheels, it is no show queen but appears to be in fair condition overall, as you can see in the photos. Being offered here at a very reasonable guide price, it would doubtless benefit from a good service before being pressed back into regular use and could be smartened up over time as desired.
For more information contact James on 07970 309907 or email james.dennison@brightwells.com