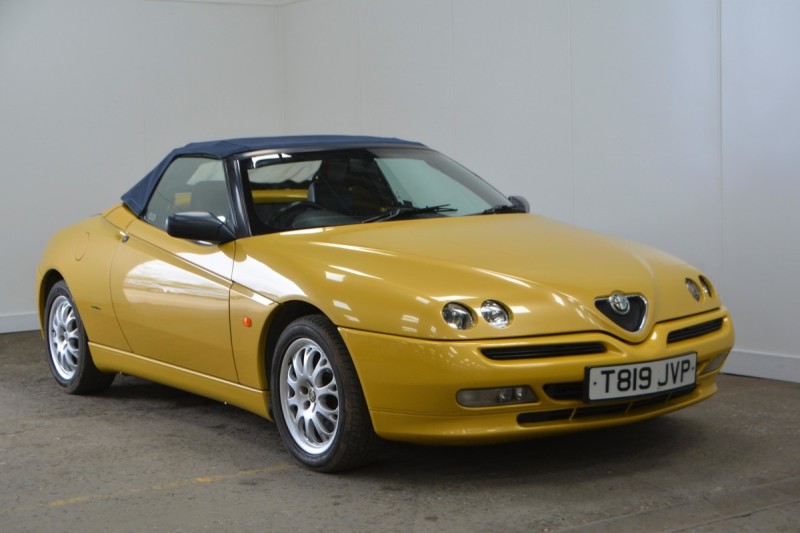 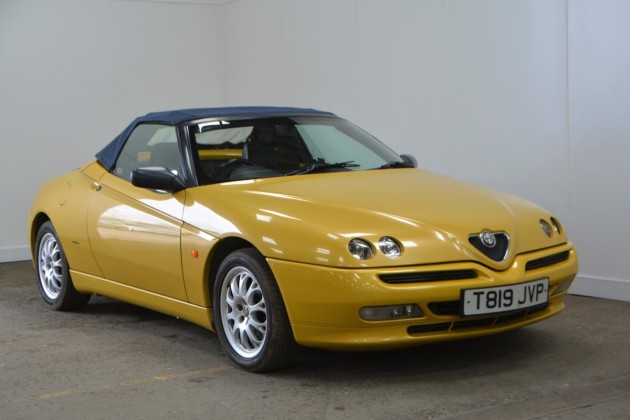 Launched at the 1995 Geneva Motor Show, the Alfa Romeo GTV coupe and Spider convertible were rapturously received by press and public alike.
Beautifully styled by Pininfarina, both cars featured a flying wedge shape with a low nose and high kicked up tail that looked fast even when standing still. To save weight the bonnet, inner and outer front wings and bumpers were made from a composite plastic, while the rest of the body was galvanized to end once and for all that old Alfa bugbear of rust.
Two engines were available, the 150bhp 2-litre Twin Spark or the more potent 3-litre V6 in either 12-valve 190bhp spec or 220bhp 24-valve spec. Even the 2-litre engine could propel the car to 60mph in 8.5 seconds on its way to a top speed of 137mph while the lighter weight actually made it more fun to drive fast than the 3-litre. Allied to secure front-wheel drive handling were direct 2.2 turns lock-to-lock steering and an all-new multilink rear suspension which gave pin-sharp responses.
The interior was beautifully trimmed in the best Italian style with embossed leather seats and all the toys you could want including: power steering; twin airbags; seatbelt pre-tensioners; Bosch anti-lock brakes; electric heated door mirrors; one-touch operation electric frameless windows; height adjustable headlamps; alarm immobiliser and central locking.
The Spider featured a folding soft-top (electrically operated from 1997) with a five-hoop frame which completely disappeared from sight under a flush-fitting cover. Production of the GTV came to an end in 2005 and the Spider one year later when both were replaced by the Brera.
This 1999 Spider has the upmarket Lusso trim pack with striking Giallo Ocra paintwork, navy blue leather seats, matching electric hood and aluminium accents to the interior trim. It has covered 66,432 miles with a decent service history comprising four stamps in the book up to 36,823 miles in 2004 (which included new belts and tensioners) plus invoices for subsequent maintenance in more recent years.
These include new rear wishbone arms, rear brake pads and exhaust centre section in 2008; an oil service in 2009; new front brake pads in 2010. Six old MOTs on file show that the car has been very little used in recent years, clocking up only 3,800 miles since 2010 and being kept in storage from 2016 until 2020. Recently roused from its slumbers, it has an MOT until March 2022.
Starting promptly and running nicely as we have moved it around on site, it appears to be in generally good order with nice paint and bodywork, although we did note that the electric hood is reluctant to operate following its five years in storage. Retaining all its original handbooks and on offer here at a very modest guide price, this tidy Spider would now benefit from a good service and attention to the hood mechanism before cruising around, top down, over the long hot summer that doubtless lies ahead of us.
For more information contact James on 07970 309907 or email james.dennison@brightwells.com