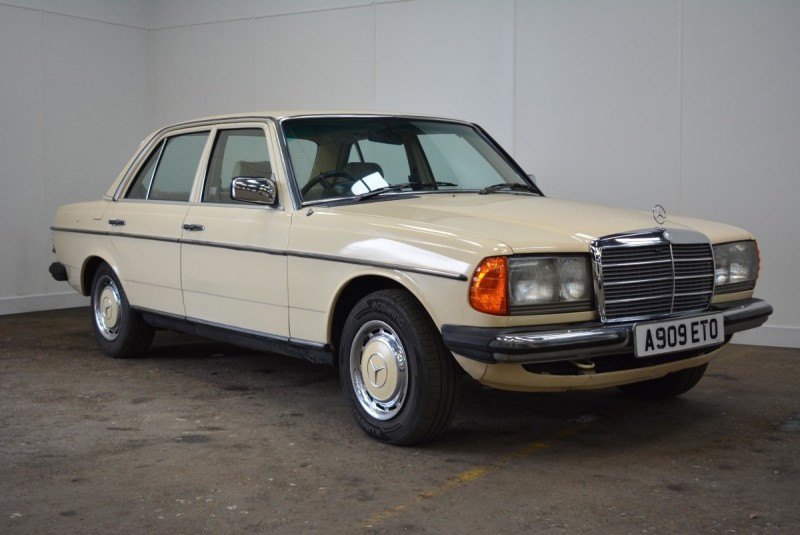 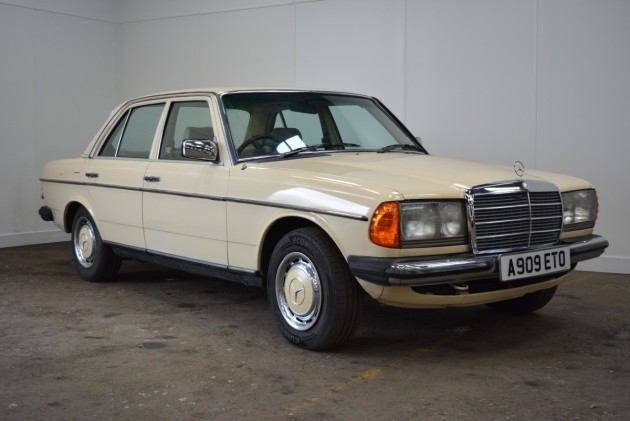 Finished here in a delightful hue of 80's cream with matching cream cloth interior that's worn its age and indicated mileage of  87,964 miles remarkably well.  We also find automatic transmission, electric sunroof, electric passenger mirror and 4x electric windows. Any W123 is a nice place to sit, whether up front, or in the back with comfy seats, cushioned ride and lots of light, they seem to go on forever with many still being used as daily drives and even taxis in some countries - their build quality and ability to cover galactic mileage infamous.

This tidy 200 model saloon comes to us from a long time Brightwells client and Mercedes enthusiast/collector based in South Wales who loves anything classic with a 3-pointed star.  The car looks to be in largely original order and entirely presentable, but did sound like it might benefit from a tune up and service given it was hunting somewhat as we moved it around for these images - although regular use may well solve this ailment.

Within the history file, we find the V5C, 14 old MOTs and a selection of maintenance and parts invoices dating back to the the late 90's.  More recently, we find a bill for two front tyres and O/S track rod end dated November 2015 at 78,965 miles for £180, replacement timing chain in December 1998, a £383 spend in August 2016 on discs, pads, front wheel bearings and a repair to the vacuum lines and other pre MOT health checks in more recent years.  The car comes with a current MOT valid until June 2021 with just two advisories noted for an oil leak and corrosion to the seat belt anchorage area.