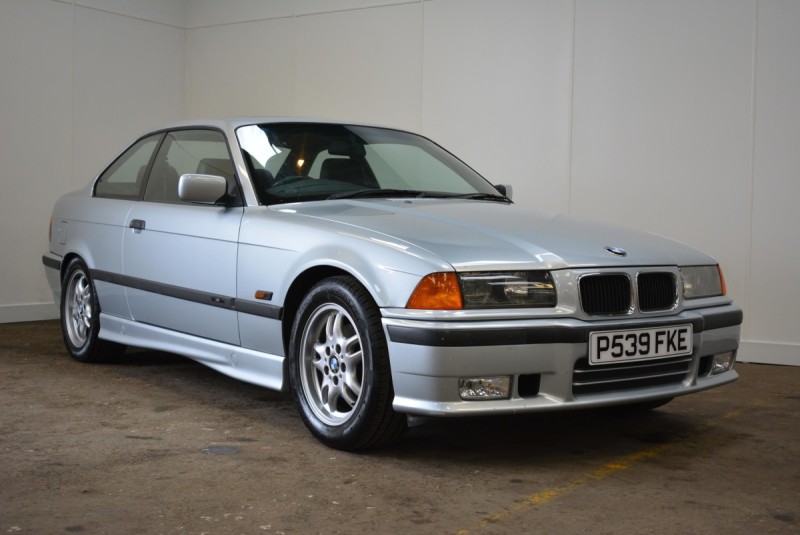 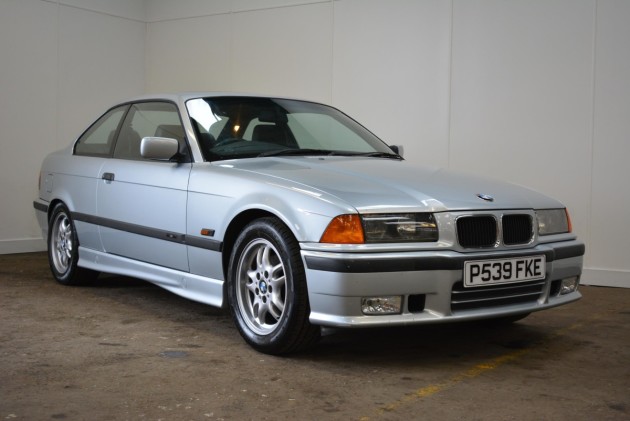 Supplied new by Whitehouse BMW of Ruxley in August 1996 this was a rarer model when new, let alone today. The 318IS was the higher performance version of the four-cylinder range of E36 coupes in the 90’s offering performance similar to the 6-cylinder cars without the heavier running costs. The M44B19 four-cylinder engine fitted to the IS variant produced 138bhp and (as a 1996 example) 181NM of torque almost on par with the 2.0-litre six, but had a revvier nature and boasted more power and torque than its standard 318 sibling. Finished in what looks to be unmarked Arctic silver with half black leather M-Sport interior the car appears to be in entirely stock, unmodified condition, which is most pleasing and largely uncommon nowadays, a testament to its two owners, the current some 18 years since 2003. The extensive and desirable specification of this example includes 16inch M twin-spoke light alloy wheels with new tyres, M-Sport suspension, M aerodynamic body styling, twin SRS, rear head rests, front centre arm rest, front fog lamps, electric steel sunroof, electric windows, modern retrofit CD/Mp3 player, 25% LSD, tool kit, first aid triangle and jack Within the history file, we find the V5C, owner’s pack & service book showing eight stamps (five by BMW main dealers) including PDI by Whitehouse Ruxley BMW, the last at 58,519 by NBA Sports Cars of Surrey in January 2011 plus a further six stamps for brake fluid and coolant changes, four of which were by BMW main dealers and one further stamp for Body Inspection in July 1998 by the supplying dealer. In addition we find the old style log book, a service invoice dated February 2009 at 49,019 miles costing £584.75, a few recent invoices for spare key and sundry trim bits dated September 2020. Showing just 96,894 miles from new, an average of just 3,800 per annum, the car is likely to be highly appealing to any BMW enthusiast or aficionado. With a current MOT valid until March 2022 with just three minor advisories recorded the car is ready to be enjoyed or popped in a cocoon for investment, although that seems a crying shame to deny the owner the enjoyment on offer here.