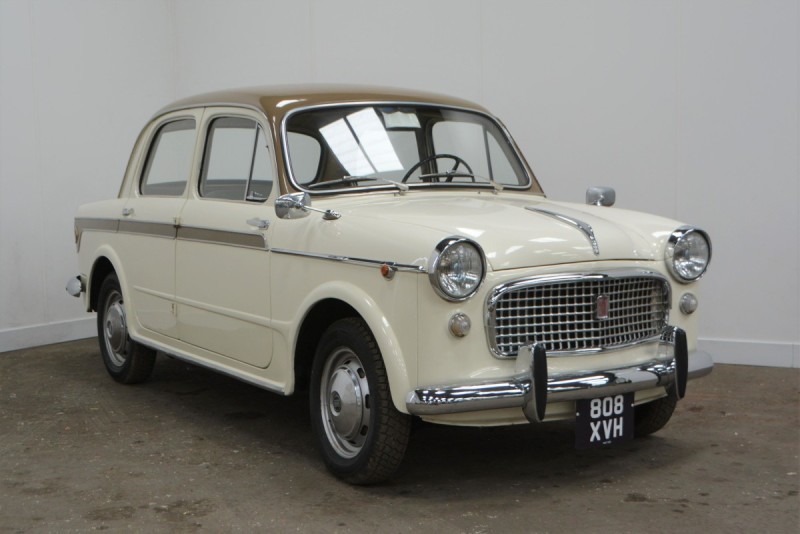 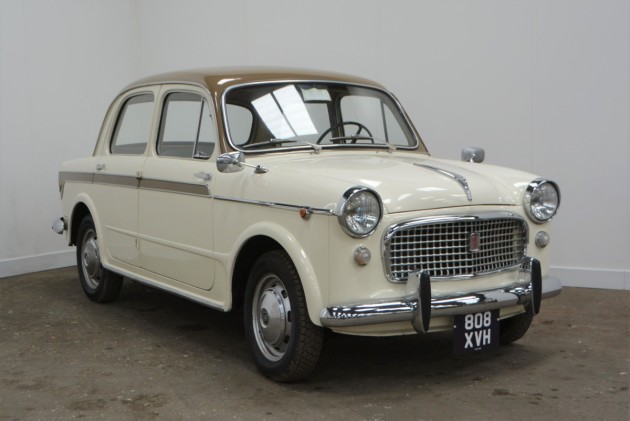 When did you last see one of these little beauties on the road in the UK? Probably never. Well, they are as rare as rocking horse shoes over here but were popular in Italy in their day.
Powered by a tough 1,100c push-rod engine turning out 50bhp, the 103H could top 80mph and do it all day – as contemporary cars showed in the Mille Miglia. The engine also responded well to tuning and powered a number of special-bodied saloons, coupés, and racing cars.
Our car has the standard four-door body (suicide doors at the front) and is a Deluxe version with various styling tweaks to set it apart from lesser models, not least the striking two-tone caffè e crema paintwork (which is believed to be original). The interior, too, is in remarkably original condition and hints at a very pampered life to date.
Italian documents on file suggest that it was in Bologna from new until at least 1992 but where it was after that is a bit of a mystery. The current keeper acquired the car at an HJ Pugh auction at Hamberlins Farm in Hertfordshire in the summer of 2019 and succeeded in getting it UK registered using dating certificates supplied by Fiat Motor Club GB and the Automobile Club D’Italia.
Since then the car has had some recommissioning work including a new water pump, refurbished brakes, new exhaust back box and tail pipe, plus four new Continental winter tyres. It also has a set of tyre chains which will come in handy if the new owner finds himself taking part in the Monte Carlo Retrospective (or stuck in the Brecon Beacons in January). As you can see in the photos, it is very smart indeed and has been starting promptly and running well as we have moved it around on site.
This enchanting little Fiat is an attractive alternativa to the ubiquitous Morris Minor if you are looking for a practical family classic and could also make a great rally car or low-cost Mille Miglia entrant. It even comes with a period sales brochure – what more could you want?
For more information contact James on 07970 309907 or email james.dennison@brightwells.com