80% of entries are sold yet again

Brightwells kicked off 2016 in fine style on Wednesday 2nd March with yet another mouth-watering selection of some 190 classic cars and motorcycles on offer. After almost six hours of intense bidding activity on a blustery Spring afternoon, over 80% of the vehicles had found new homes in a sale which came to almost £1.7m.

Sharing ‘top price of the day’ honours with a 1962 Jaguar E-Type was a smartly presented 1934 Bentley 3.5-Litre which had been converted from a saloon to a tourer about 40 years ago. Treated to a full engine rebuild about 20,000 miles ago and also benefitting from retro-fitted overdrive, it had been in single ownership for over 45 years and fetched a well-deserved £81,400. Another Crewe-built car also performed strongly, a 1927 Rolls Royce 20hp with elegant Thrupp & Mabberley six-light limousine coachwork that had been first owned by Lady Bland of London W1. In fine condition throughout and with a whisper-quiet engine that had only recently been rebuilt, it soared way beyond its pre-sale estimate of £35k - £40k to finish on £52,800.

A 1947 Bentley MkVI Standard Steel Saloon that had come to the sale all the way from Australia and was in lovely order throughout fetched a mid-estimate £18,700 while a much more modern 2007 Bentley Continental Flying Spur with only 40,000 miles under its huge chrome wheels raised £31,900. With permanent four-wheel drive and over 550bhp on tap, this 195mph super-saloon still looked like a great deal of motorcar for the money, considering that it had cost its first owner some £120,000 just nine years previously.

Equally stately in its day was the 1939 Alvis Speed 25 SC Charlesworth Saloon restoration project which had been last in use in 1970. In very shabby condition throughout and with a dismantled engine, it still more than doubled its pre-sale estimate to finish on an impressive £38,500 and will no doubt keep the new owner happily occupied for many months to come before it is finally back on the road where it belongs. Similarly aristocratic was the 1961 Bristol 406 Saloon, one of only 175 such cars ever made, which was in fine condition following a £40,000 rolling restoration and looked excellent value at the £34,100 that it cost a new owner to secure it.

Jaguar E-Types always find willing buyers at Brightwells and there were no disappointments here with all three on offer comfortably exceeding their pre-sale estimates, an original RHD 1962 Series One 3.8 Coupe sharing top price of the day honours with the aforementioned 1934 Bentley at £81,400 (more than £20k above forecast). A stunning ex-USA 1970 Series Two 4.2 Coupe with power steering, a 5-speed gearbox, uprated brakes and RHD conversion raised a mighty £63,800 (£10k above forecast) and a yet-to-be-UK-registered LHD 1971 Series Three V12 Coupe with manual gearbox made £28,600 (also £10k above forecast) and is now on its way to a new home in Germany, having come to the sale all the way from Canada.

Mercedes-Benz models were well-represented as usual, top honours going to a smart LHD 1961 190SL Roadster still on Ontario number plates which raised £70,400. Not far behind was a beautifully mellowed 1968 280SL Pagoda Automatic in original RHD and lovely mid-blue metallic paintwork which fetched £68,200 and made the slightly scruffy 1967 250SL Pagoda Automatic in Tunis Beige with a freshly rebuilt engine look like something of a bargain at just £37,400.

Sticking with the German theme, all six Porsche models were also hammered away successfully, top price going to a RHD 1983 911 SC Coupe with 87,300 miles on the clock at £30,800 while a LHD 1980 911 SC Targa with only 59,800 miles showing was close behind at £29,700 and is now on its way to a new home in Germany. A somewhat scruffy 1987 928 S4 with high mileage but rare 5-speed manual gearbox almost doubled its estimate to finish on £8,580 which was no real surprise as this is another model that has shot up in value of late, low mileage examples now fetching almost as much as comparable air-cooled 911s after a long period in the wilderness. A 1989 944 S2 also did well at £6,600 despite having over 145,000 miles on the clock, this being another model which is widely tipped for future growth, while an uber-rare 1969 BMW 2000 C Automatic Coupe in need of restoration cost a new French owner £6,600.

Turning to the Italian offerings, it won’t surprise anyone to learn that a Ferrari topped the price list here, a LHD 74,000 miles 1982 308 GTSi freshly imported from California and bravely entered at no reserve costing a new German owner £51,700 to secure it. Had it been RHD it would no doubt have fetched about £20k more but it was still a very good result, this being a model that has doubled in value in the last three or four years.

Next best was a rare RHD 1973 Lancia Fulvia S2 1.6 HF Lusso that had only covered around 6,000 miles since a major restoration and fetched an impressive £26,400 despite being spoiled slightly by the fitment of a GRP bonnet. Somewhat incredibly given that perhaps only 400 of these cars were ever made in RHD, there was also a second 1.6 HF Lusso in the sale, a 1972 example that was cosmetically almost the equal of the 1973 car but had covered some 30,000 miles since restoration which raised £17,050 and looked like a very smart buy indeed, especially as it benefited from aluminium doors, boot lid and bonnet.

A rare and aristocratic 1974 Fiat 130 Coupe Automatic with only 43,400 miles on the clock also did well at a more than double estimate of £14,300 but could again be considered well bought as this is yet another model that is widely tipped for future growth (although you would perhaps need to be something of an optimist to believe Quentin Willson’s recent prediction that these cars will soon be worth £50,000). A smart 1990 Alfa Romeo Spider S4 also comfortably exceeded expectations at £10,350 while a 1967 Alfa Romeo Duetto Spider 1600 restoration project made a top estimate £8,580.

Perhaps the most viewed vehicle in the sale was a vast and menacing 1970 Dodge Charger in black paint with a black interior that flew £15k beyond estimate to finish on an impressive £36,850 despite being retro-fitted with a 440ci engine in place of the original 318ci unit. Looking every inch the ‘bad boy’ with its malevolent blanked out headlights and earth-shaking exhaust note, it was a lot of car for the money and will no doubt prove a shrewd investment as this is perhaps the most iconic muscle car this side of a Shelby Mustang.

No Brightwells sale is complete without a few Series Land Rovers on offer and this one was no exception, four of the five in the catalogue finding new homes, top honours going to a beautifully restored 1958 Series One 88” Hard Top which soared £8k beyond estimate to finish on £25,300. A highly original 1983 110 Station Wagon V8 also nearly doubled its pre-sale estimate at £8,360 adding further momentum to the price escalation that these redoubtable workhorses have been enjoying of late, especially with the recent demise of the Defender.

All but four of the 19 classic motorcycles on offer were also successfully hammered away, top price going to a scruffy but highly original 1951 Vincent Comet Series C which flew well beyond its estimate to finish on £16,500 while a 1975 Kawasaki H2 Mach IV also considerably exceeded expectations at £9,460 as did a 1960 BMW R50 with long range fuel tank at £8,250.

“With such an interesting and eclectic assortment of vehicles on offer we were pretty confident that the sale would go well,” said Brightwells’ lead consultant James Dennison, “but the turn-out was immense, even by our standards, and we estimate that there were close to 3,000 people in attendance across the sale day and the viewing day beforehand.

“Although the very top end of the market may have cooled off somewhat over the last few months, it is abundantly clear that the more enthusiast end of the market is still going great guns and we are delighted to have sold over 80% of entries for the 13th sale on the trot. It seems that there are still plenty of people out there who would sooner invest their spare cash in the pleasures of classic car ownership rather than see it mouldering away in the bank.”

To view the results of the March sale in full, please visit www.brightwells.com and click on ‘Classic Motoring’ or phone 01568 611122. Brightwells’ next sale is on 11th May 2016 and entries are now being invited with free valuations available by emailing [email protected] The closing date is Monday 11th April so please do not leave it until the last minute or your entry may have to be deferred until our 13th July sale. 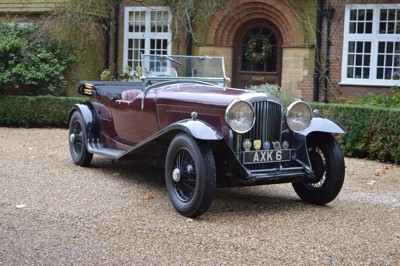 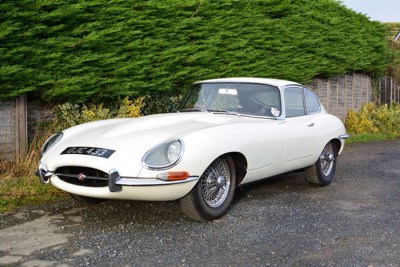 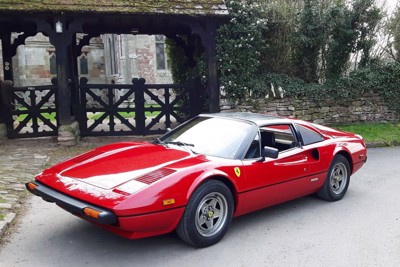 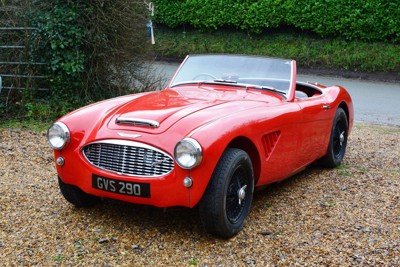