Following a week of blazing sunshine and temperatures hovering around 20 degrees, sale day dawned grey, wet and chilly at Brightwells on 16th May but the change in weather did not dampen the enthusiasm of bidders. With 170 cars on offer, a mixture of both traditional Classics and Modern Classics, the usual large crowd descended on the Leominster salerooms with absentee bidders also taking part by phone and internet from as far afield as America, Norway, Denmark, Switzerland, Belgium, Germany and France. By the end of a long afternoon over 60% of the lots had changed hands for a whisker under £900,000.

Top price of the day was the £66,000 raised by a 1966 Jaguar E-Type S2 Coupe which was strong money by any standards but was particularly noteworthy in this instance as the car was a LHD American-spec version still running on its emissions-friendly but power-sapping Stromberg carburettors, the high price being explained by the fine condition of the car following an earlier restoration which had cost a previous owner over £90,000.

Not quite in the same league but still mighty impressive was the 1954 Jaguar MkVII, a most elegant saloon with desirable overdrive transmission, dead straight panels and a beautifully retrimmed interior which fetched £24,200. Equally imposing, and a more upmarket rival to the MkVII in period, was the 1953 Bentley R-Type which amply rewarded the vendor’s ‘no reserve’ tactic by attracting a welter of bidders from all corners of the Continent before falling to an English collector for £34,100.

Rather more eccentric but equally brawny and British was the 1965 Jensen CV8 MkIII which had the usual crazing that typically affects fibreglass-bodied cars but still romped to a healthy £31,900 conclusion. A rather scruffy 1971 Jensen Interceptor MkIII also did well, sailing way beyond estimate to finish on £17,600, this being a model that has enjoyed significant price gains in recent times.

The same could also be said of the 1971 Datsun 240Z, Japan’s answer to the Jaguar E-Type and another model that has really caught the attention of collectors in recent years. Despite being a LHD American import, it still trounced its pre-sale estimate by raising an impressive £24,200 thanks to its fine and largely original condition and is now on its way to a new home in Norway.

On the other side of the coin, Ferraris have been proving something of a hard sell at auction recently following a period of sustained growth which has flushed so many out onto the market that prices have now gone into a dip, a fate that has also befallen the Porsche 911 air-cooled models. So it was no real surprise that the LHD 1986 Ferrari 328 GTS didn’t quite hit its £58,000 reserve, although the 1975 Ferrari 308 GT4 was successfully hammered away for a creditable £30,580, this being just about the only model from the Prancing Horse stable that is still widely considered to have been somewhat undervalued of late.

The MG market is much more predictable and these sporting and mechanically straightforward cars are always keenly sought after, as demonstrated by the super 1954 MG TD which again rewarded the vendor’s ‘no reserve’ tactic by romping to a £27,500 result. The two MGA Roadsters on offer also comfortably exceeded their pre-sale estimates, a sharp 1960 1600 Roadster going for £23,100 while an equally good 1956 1500 Roadster raised £21,780. A well-sorted 1936 MG TA with a later TB body also went for a top estimate £22,000.

One of the most popular lots in the sale proved to be a 1972 Reliant Scimitar SE5 GTE which looked most striking in period Acacia Green with silver painted wire wheels and desirable manual overdrive transmission. Rather conservatively estimated at £2,500 - £3,500 due to its somewhat crazed paintwork, it sparked such a fierce bidding war that Brightwells had to stop taking phone bids several days before the sale because every available phone line was taken, the Scimitar eventually falling to a bidder in the room for £9,020. A Thistle Green 1981 Reliant Scimitar GTC Convertible with only 41,500 miles under its wheels but again with various paint defects also smashed its estimate before falling to a Belgian internet bidder for £9,460. A 1966 Mini Moke also doubled its bottom estimate to finish on £12,100 and is now beginning a new life in sunny California.

To view the results of the May sale in full, please visit www.brightwells.com and click on ‘Classic Motoring’ or phone 01568 611122. Brightwells’ next Leominster Classic & Vintage sale is on 11th July 2018 and entries are now being invited with free valuations available by emailing classiccars@brightwells.com. The closing date is Monday 11th June so please do not leave it until the last minute or your entry may have to be deferred until our 26th September sale. 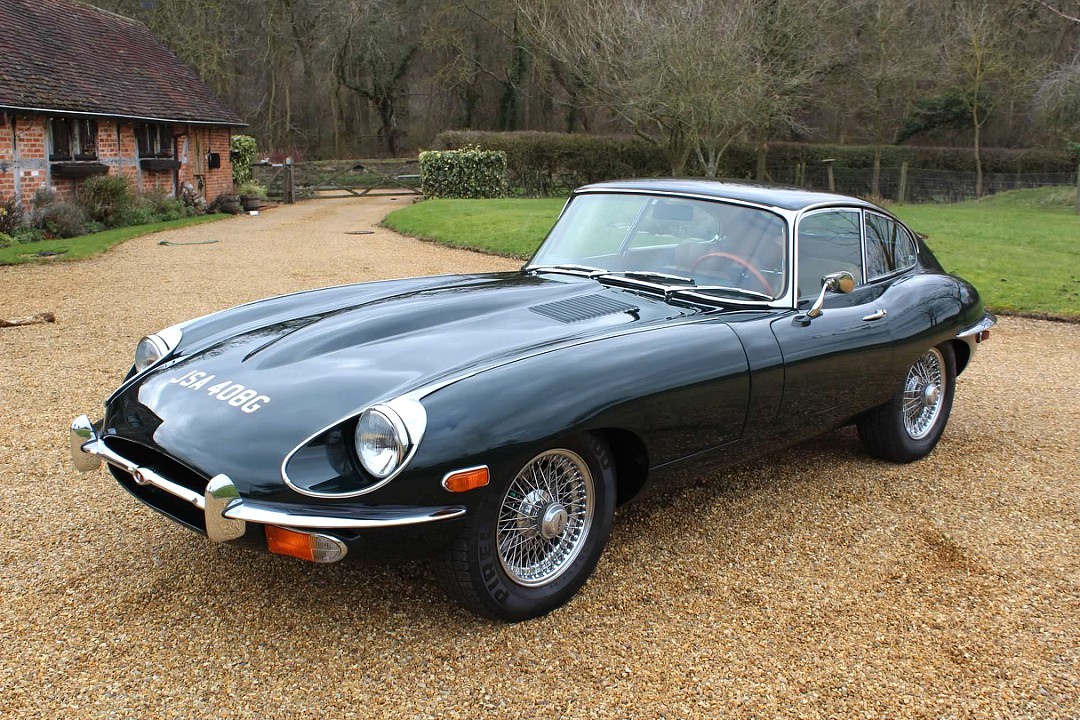