Following the Brexit jitters which affected the July sale when only 68% of entries were sold, Brightwells were back on track with their customary 80% sale rate on 21st September with 129 out of 161 classics finding new homes for a combined value of almost £1.4m.

Top price of the day went to the highly original 1978 Aston Martin V8 Series 3 Automatic which had been partially recommissioned after 10 years in storage and was showing only 18,261 miles on the clock. Although there was insufficient documentary evidence to warrant this low figure, the overall condition of the car certainly rendered it plausible and no doubt contributed to the £82,500 result which was significantly above the £60k - £70k pre-sale estimate. Should the missing documentation turn up and confirm the mileage, it could yet turn out to be the bargain of the day and would be worth well into three figures once restored to its former glory. The other Aston in the sale was also successfully hammered away, a 2000 DB7 Vantage with a warranted 28,500 miles which made £27,500.

All six Rolls-Royce models found new homes, a useable 1923 20hp Open Tourer with bodywork by Missenden of Australia raising £40,480 while a stunningly restored 1931 20/25 Mulliner Saloon with an interesting early history looked like a lot of car for just £33,000. The three Bentleys on offer were also successfully hammered away, a 1999 Bentley Azure Convertible with just 28,000 miles under its wheels taking top honours at £63,800 while a 1980 Bentley T2 with a fist-sized hole in one sill but otherwise very smart made £8,580 and a barn-find 1951 MkVI Standard Steel Saloon with vinyl interior raised £9,020.

Jaguar E-Types are always keenly sought after at auction and two out of three found new homes, a 1970 S2 Roadster converted from LHD to RHD fetching the required £55,000 while a 1973 S3 V12 Coupe with desirable manual gearbox made a well-above estimate £42,350 although there were no takers for a 1973 V12 Coupe in LHD with a 350bhp Chevrolet Corvette V8 under the bonnet. A pristine 1996 Daimler Century Six, one of only 100 made and with a mere 8,250 miles on the clock made an impressive £27,500, no doubt helped by the fact that it had been owned for its first 13 years by the Jaguar Daimler Heritage Trust.

It seems that no Brightwells sale is complete without a pre-war Alvis barn-find and for the third sale on the trot the catalogue contained a Speed 25 SC Charlesworth Saloon, a 1939 example with a partially dismantled and non-original engine, which cost a Dutch phone bidder £31,900 to secure. A sympathetically restored 1947 Alvis TA14 Saloon also fetched a mid-estimate £12,100. A trio of derelict Bristol 401s made £13,530 and might eventually make one good car between them which would then be worth £50k+, while a quirky 1957 Berkeley SE328 two-stroke doubled its estimate to finish on £7,700 and is now on its way to a new home on the other side of the planet in Australia.

Other British results of note included a stunningly original 1972 Rover P6 2000SC with just 12,000 miles under its wheels which deserved every penny of the £13,420 required to secure it, while the same could also be said of an equally good and fully restored 1973 Triumph GT6 which fetched a mighty £15,620, almost certainly a new auction record for the model. A brace of other Triumphs also did well, a smart 1958 TR3A raising £17,600 while a ‘no reserve’ 1962 TR4 with desirable Surrey Top but somewhat scruffy interior made £16,500. A cosmetically tired but mechanically excellent 1975 Jensen Interceptor MkIII looked like a good buy at £18,700, this being a model that has risen strongly in value of late with further gains to come, in the eyes of many pundits.

Top seller among the German contingent was a 1995 Porsche 993 Carrera 2 six-speed manual which unsurprisingly shot well beyond its £22k - £25k estimate to finish on an impressive £39,600, this being one of the most sought-after of all the air-cooled 911 models with prices seemingly escalating by the month. A beautifully restored 1973 Volkswagen T2 Westfalia Camper Van also did very well at £24,200, this being another model that has a cult-like following these days. A very smart 1994 BMW 850Ci V12 Coupe with no MOT following a period in storage still romped well beyond estimate to finish on £11,660, this being a modern classic that is widely tipped for future growth. A scruffy but sound LHD 1957 Mercedes-Benz 220S Ponton which had just emerged from 20 years in storage looked good value at £5,940 and is now on its way to a new home in Spain.

Another group of nine vehicles from the Par Moor Collection in Bodmin all sold well, the six 1930s light commercials, two derelict 1920s/30s Rolls-Royces and a 1959 BSA M21 AA sidecar combination fetching a healthy £55,550 between them. The three restoration projects from the Stondon Museum in Bedfordshire made a rather more modest £6,710, split more or less equally between a 1938 Austin 18 Windsor, a 1951 Austin Sheerline and a 1951 Lanchester Fourteen.

Certainly the most obscure vehicle in the catalogue and perhaps the most interesting was the 1948 Murad saloon, the only one ever made and unknown to all but the most ardent classic car enthusiasts. Made from scratch by the Murad Machine Tool Company of Aylesury, it was not a success although the prototype was driven around by its creator, Wadia Murad, until the early 1960s when it finally disappeared and was presumed scrapped. Recently rediscovered in a barn in Hampshire and offered at no reserve, it was in pretty poor shape after decades in storage with various parts missing but was bravely taken on by an English buyer for just £1,320. A writer for Practical Classics, he plans to restore the car and it will be fascinating to follow its progress in the pages of the magazine.

“We were very pleased with the results of the sale and it’s nice to see that the market is back on track again after the Brexit blip,” said Brightwells consultant, James Dennison. “While all the signs are that the very top end of the market peaked some time ago, the more enthusiast end of the hobby is still going great guns and there are clearly no shortage of buyers for the right kit at the right price. With interest rates at an all-time low, there is no incentive to leave savings mouldering in the bank and classic cars remain one of the most attractive and enjoyable alternatives out there.”

Rolls.jpg13
To view the results of the September sale in full, please visit www.brightwells.com and click on ‘Classic Motoring’ or phone 01568 611122. Brightwells’ next sale is on 23rd November 2016 and entries are now being invited with free valuations available by emailing [email protected] The closing date is Friday 21st October so please do not leave it until the last minute or your entry may have to be deferred until our 8th March 2017 sale. 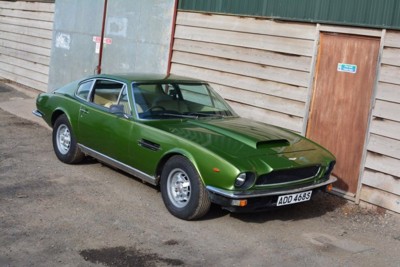 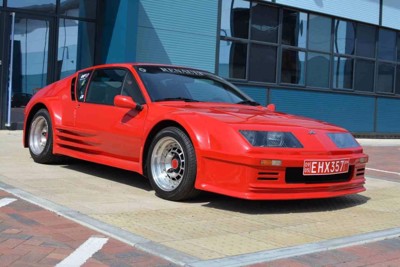 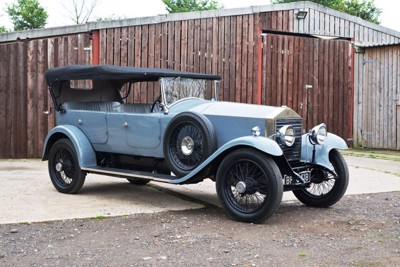