The usual huge crowd of enthusiasts descended on Brightwells on 26th September to see a very large assortment of classic machinery come under the hammer on what turned out to be a gloriously sunny day. By the end of an action-packed afternoon, 159 of the 216 lots on offer had successfully changed hands to give a healthy sale rate of 74% for a total of almost £1.2m, with bidders from as far afield as Australia and America plus most of the major European countries and a lone bidder from Switzerland.

The top three spots were all taken by Jaguars, a smart three-owner RHD 1972 E-Type S3 V12 Coupe Automatic leading the way at £44,000 including the 10% buyer’s premium, while an equally nice LHD example fell to an Austrian phone bidder for £34,100 thereby demonstrating the price differential still attracted by RHD cars in today’s market. A really lovely 1955 XK140 SE Coupe in LHD with lustrous dark red coachwork drew many admirers and looked excellent value at £34,500.

Rather more ‘in your face’ was the Le Mans Green 1971 Ford Capri MkI 3000E which really stood out, not just for its vivid paintwork but also for its spectacularly original condition, wearing its 65,000 miles very lightly and romping £10k above its pre-sale estimate to finish on £29,920, a new house record for this increasingly sought-after Fast Ford. Not far behind was a spectacular 1935 Ford Model B Hot Rod in gleaming Amber Gold with a 5.7-litre Chevy V8 under the hood which raised £22,550 and is now safely tucked up in a major UK collection.

Pre-war cars always do well at Brightwells and of the 21 on offer, all but three were sold, top price going to an extremely rare 1936 Triumph Vitesse 14/60 Saloon, one of only 132 made and perhaps 20 surviving, which made £25,300 and is now on its way to a new home in sunny Arizona. A pair of Morgan 3-wheelers did predictably well, a very correct-looking 1933 Super Sports entered at no reserve and needing minor TLC fetching £24,200 while a 1934 example with a few-too-many non-standard features made £18,150. A cosmetically sharp 1922 Ford Model T 7cwt Van attracted plenty of interest, eventually falling to an Italian phone bidder for £12,100.

Also looking like a lot of car for the money was a 1974 Rolls-Royce Corniche, on offer from a deceased estate and with no history to speak but looking smart in a pleasing shade of light green metallic, which was hammered away for £15,950. A brace of attractive six-cylinder MGCs did well, a 1968 Roadster raising £17,050 while a very tidy 1969 GT fetched £15,290. A nicely restored 1971 Lotus Europa S2 also repaid the vendor’s ‘no reserve’ tactic by fetching a healthy £15,400.

Much admired during the viewing was a spectacularly original 1965 Humber Hawk Series IV with less than 30k miles under its wheels which almost doubled its estimate to finish on £11,000. Also comfortably surpassing its estimate was an otherwise pretty average 1988 Mercedes 560SEC Coupe which had the distinction of being first owned by F1 legend James Hunt. Attracting a good deal of pre-sale interest, this piece of British motoring history was eventually, and somewhat ironically, knocked down to a German bidder for £15,400.

Italian machinery was unusually well represented in this sale thanks to the inclusion of 40 motorcycles and 16 cars from the Andrew Bremner Collection, all but two of which were successfully sold. Top price among the cars was the £17,600 raised by a scruffy but usable 1963 Alfa Romeo Giulietta Sprint 101 Series, while a 1954 Maserati 160 T4 topped the bikes at £9,350. Elsewhere in the bike section a 1931 Harley Davidson VL made £12,100 while a beautifully restored 1920 Matchless Model H Combination fetched £16,500, both these machines being now on their way to new homes in continental Europe.

To view the results of the September sale in full, click HERE. Brightwells’ next Leominster Classic & Vintage sale is on 28th November 2018 and entries are now being invited with free valuations available by emailing [email protected] The closing date is Friday 26th October so please do not leave it until the last minute or your entry may have to be deferred until our sale in March next year. 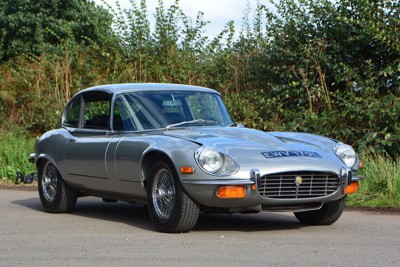 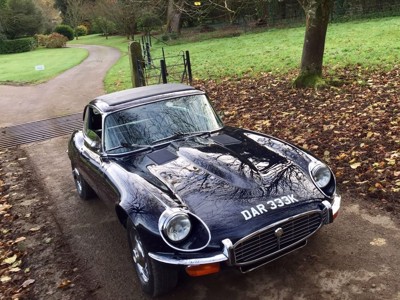 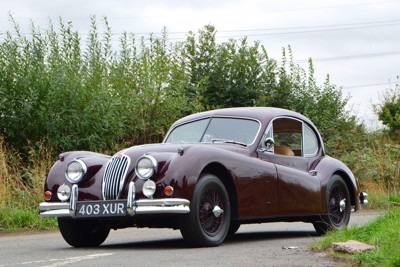