E-Type tops the results yet again

Over 80% of entries sold to a packed salesroom

Trade was brisk at Brightwells on 27th September as a vast crowd of bidders descended on the Leominster sales venue to see over 190 classic cars and motorcycles come under the auctioneer’s hammer. Indeed, such was the size of the crowd that the car park was full by mid-morning and the neighbouring B&Q premises had to be requisitioned for overflow parking. With such a wide variety of vehicles on offer, overseas interest was also strong with registered bidders from numerous European countries and as far afield as Australia and Abu Dhabi. By the end of a long and action-packed afternoon, over 80% of the entries had been sold for a total of almost £1.2m.

Top seller on the day was a spectacular 1966 Jaguar E-Type S1 4.2 Coupe which looked almost showroom fresh and sparked a tense battle between bidders on site, on the phones and on the internet before being finally knocked down to an English collector in the room for £101,200, drawing a spontaneous round of applause from the appreciative crowd. A fine result which proves yet again just how desirable UK market Series One E-Types continue to be, with the best Coupes now fetching only about 20% shy of the best Roadsters. Bearing in mind that a similar car restored by JLR under their ‘Classics Reborn’ programme would cost well over double that amount, you could still say that it was well bought.

An ex-USA 1974 E-Type Series 3 V12 Roadster finished in striking turquoise with desirable manual gearbox and recently converted to RHD also fetched a healthy £63,800. Much more affordable was a LHD 1969 E-Type Series 2 2+2 Coupe, a basically sound but totally dismantled restoration project which made £12,650 and is now on its way to the Czech Republic where it will no doubt keep its new owner happily amused over the coming winter months as he tries to figure out how to put it all back together again...

Sticking with the Jaguar theme, a nicely mellowed 1969 MkII 240 with manual overdrive and a recently rebuilt engine fetched £14,300, while a stunning 1975 XJ6L Series 2 with less than 10,000 miles on the clock fetched a well-deserved £16,500, being about as close to showroom condition as any 40-year-old car could ever be.

Another British sports car to do well was a gorgeous 1965 Sunbeam Tiger MkI with only 200 miles on a rebuilt 289ci engine. Restored over a 10-year period by its owner of the last 28 years, it flew beyond its estimate to finish on £53,900 which is strong money for a MkI but still struck many as a good buy because it was such a lovely example and also had the honour of being the first Tiger ever registered in the UK.

Equally lovely was another V8 muscle car, a 1968 Chevrolet Camaro Z28 with classic ‘coke bottle’ styling and only 21,200 miles on the odometer. With one of the best paint jobs ever to grace the Brightwells salesroom, this dark green and white-striped beauty also looked worth every penny of the £41,800 required to secure it. To put this in perspective, a 1966 Ford Mustang Shelby Cobra GT350 replica with indifferent paint and panel gaps raised a more modest £15,950 but still looked like a lot of fun for the money.

Much admired during the viewing was a car which had no paint at all, a one-off special created by the late Chris Compton of Alvis specials fame. Based on a 1937 Triumph Dolomite 14/60 Saloon, it sported gorgeous lightweight aluminium open bodywork and had a supercharged engine fitted for VSCC sprint and hillclimb events. Beautifully detailed and looking every inch the period Grand Prix car, it soared way beyond estimate to finish on £37,400 and is now on its way to a fortunate new owner in Belgium.

Also arousing much interest was an extremely rare 1939 Sunbeam-Talbot 4-Litre Sports Saloon, one of only 44 made and just two known to survive worldwide. In very good order throughout and every bit as imposing as a Rolls or Bentley from the same era, it was hotly contested to a £30,800 finish and will prove a real talking point whenever the new owner takes it out in future.

Even more keenly fought over was what claimed to be a 1936 Lagonda LG45 Saloon, one of the fastest road cars of its era, although to the untutored eye it looked more like a pile of scrap, having been left outside in the elements for 45 years during which time the bodywork had completely collapsed as the ash frame rotted away to nothing. Crucially though, it did still retain its 4.5-litre Meadows engine and four-speed gearbox, the chassis was probably saveable and it still had registration documents so it was ripe for conversion into a glamorous period special. Estimated at what must have seemed to many an ambitious £18k - £20k, it sparked a fierce bidding war that eventually saw it hammered away to an English collector for a mighty £33,000.

In similar vein was the fastest road-going Bentley of its era, a 2004 Arnage T twin turbo which put a monumental 459bhp and 645lb/ft under the driver’s right foot. However, all similarities ended right there because this was a superbly presented car which bore few traces of the 52,000 miles that had passed under its wheels with virtually flawless Midnight Emerald Green coachwork and a luxurious parchment hide interior that made a 5-star hotel room look like a fleapit. No wonder it romped well beyond estimate to finish on £31,350 which was still £150k less than it cost its first owner just a dozen years ago – ouch!

Just a few lots later and by way of a counterpoint, a nicely restored 1966 Mini Cooper S MkI which would have virtually fitted in the boot of the Bentley and was so spartan it didn’t even have wind-up windows fetched an equally impressive £35,200. Which was about £34,500 more than it cost its first owner 50 years ago or, to put it another way, about £470 per horsepower compared to only £68 per bhp for the Bentley. Go figure, as our American cousins say…

Another Bentley that sold well was a rare 1983 Mulsanne Turbo, one of only 192 made and in ‘time warp’ condition as you would expect of a car with a mere 4,000 miles on the clock which perhaps unsurprisingly fetched a top estimate £18,150 – where would you find another? Equally good was a 1990 Mini City E Automatic which had travelled less than 12,000 miles in the hands of one lady owner and also fetched a top estimate £8,800.

The last 55 lots of the sale were all motorcycles and while the car results were impressive enough, the bike section was quite remarkable with every single machine finding a new owner in a faultless 100% sell through rate. Top honours went to a brace of Triton Café Racers, a 1958 example with a Wideline Norton Dominator frame and Triumph 650cc engine fetching £6,820 while a 750cc version from 1955 raised £8,800.

“It was a most encouraging sale all round and we were delighted to recover our customary 80%+ sale rate after a temporary post-election blip in the Summer,” said Brightwells’ Consultant, James Dennison. “While buyers are definitely more choosy these days than they were a year or so back, there is no slackening in demand across the board, with enthusiasts just as keen to buy usable classics as they ever were, while the more serious collectors are prepared to pay increasingly high prices for the very best cars, as evidenced by the excellent results we achieved with the Series One E-Type, the Sunbeam Tiger and the Chevrolet Camaro.

“The pre-war market also remains strong with buyers competing fiercely for interesting lots like the Lagonda LG45 project and the Triumph Dolomite Special which both convincingly smashed their pre-sale estimates. This bodes well for our next Bicester Heritage sale on 25th October which has some really fascinating entries from the ‘20s and ‘30s which are rarely seen at auction.

“More modern classics are still going great guns as shown by the excellent results achieved by the Maserati 3200GT and the Bentley Arnage T, not to mention some equally good prices being regularly achieved by our Modern Classics department which is now settling into its stride nicely, the next sale taking place on 19th October with plenty of tempting lots already entered.”

To view the results of the September Classic Sale in full, please visit www.brightwells.com and click on ‘Classic Motoring’ or phone 01568 611122. Brightwells’ next Leominster Classic & Vintage sale is on 29th November 2017 and entries are now being invited with free valuations available by emailing [email protected] The closing date is Friday 27th October so please do not leave it until the last minute or your entry may have to be deferred until our 14th March sale next year. 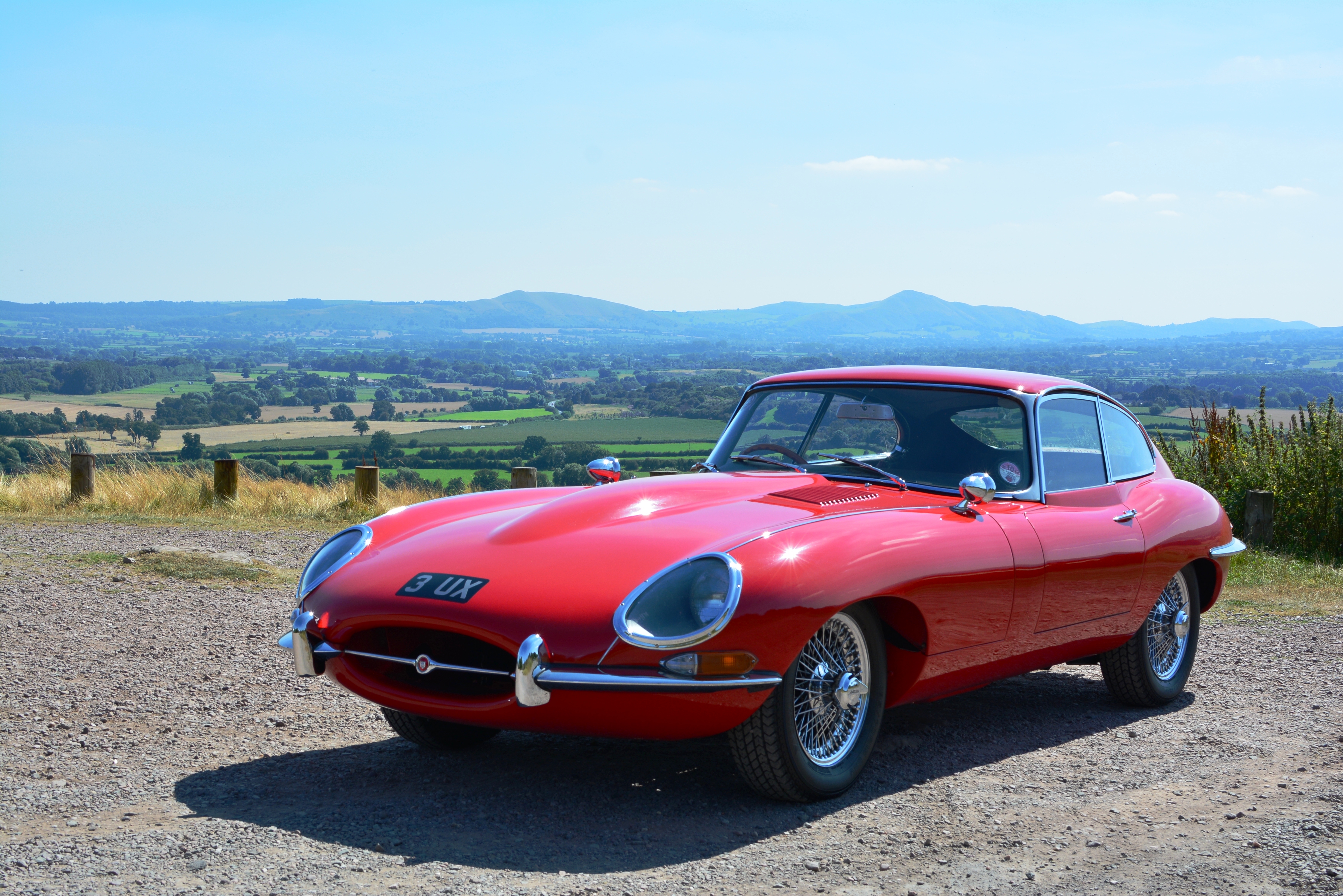