Brightwells had assembled an unusually interesting catalogue for the special two-day Platinum Jubilee sale on 22nd/23rd June and the quality and rarity of the entries made for some remarkably good results. By the time the dust had settled, 117 of the 180 lots on offer had been sold for a whisker under £2m to give a clearance rate of 65%.

Top price of the day went to a superb 1954 Jaguar XK120 SE Roadster with various choice upgrades including front disc brakes and a 5-speed gearbox which flew way beyond its £90k upper estimate to finish on £135,520. This was an exceptional result for the model (certainly a house record for Brightwells and quite possibly a UK auction record for an XK120 with no period competition history) but it was an exceptionally good example. 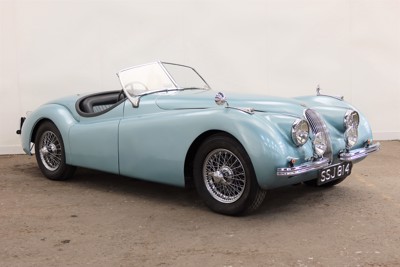 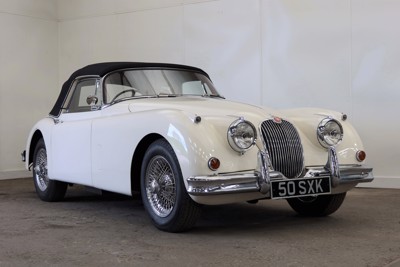 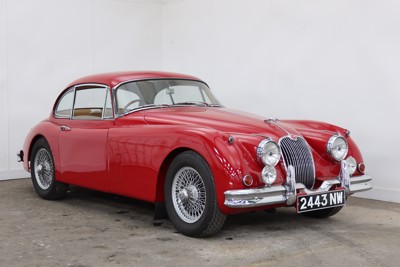 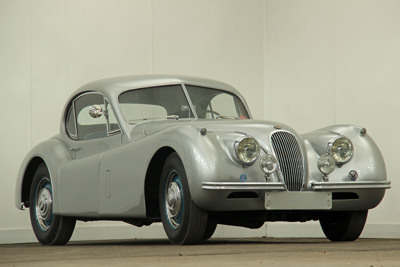 Also smashing its £60k upper estimate was an aluminium-bodied Jaguar C-Type replica by Proteus which made £89,020 thanks to its magnificent condition and freshly rebuilt fast road spec 3.8 engine. No real wonder as it was a stunning car that any true petrolhead would be proud to own.

Rather more surprising were the prices realised by a couple of rather tragic looking Ferrari 250 GTE barn finds. The first was an utterly derelict 1962 Series II with a chequered history and missing its cylinder heads, carbs, gearbox and front seats which more than doubled its estimate to finish on £109,540 while a 1963 Series III rolling chassis with no engine or gearbox made £66,370. Both cars were beyond economic repair but will no doubt get rebuilt as 250 GTO replicas or somesuch which would begin to make sense of the prices paid. After all, Ferrari barn finds are hardly two-a-penny these days! As an interesting comparison, a tidy 1974 Ferrari 400 Automatic with only 65k miles on the clock but requiring extensive recommissioning following 22 years in storage was hammered away for £19,600. 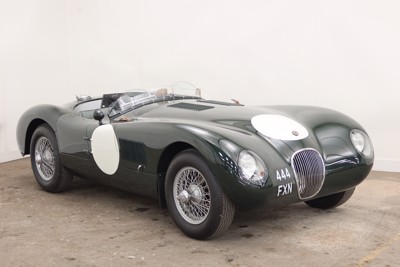 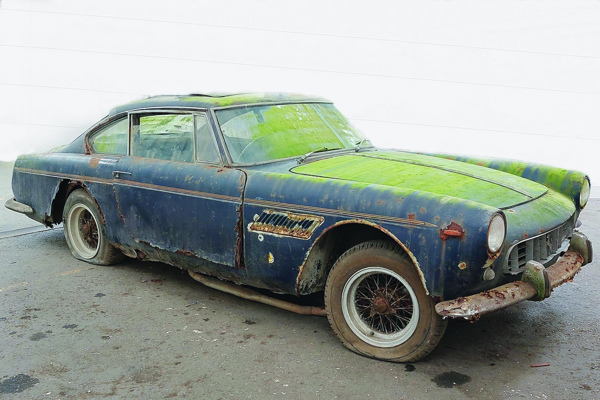 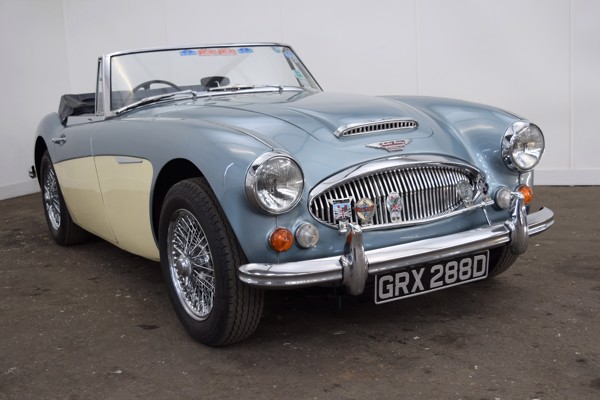 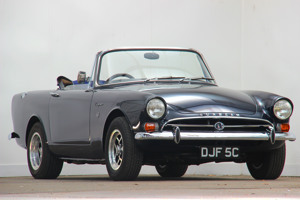 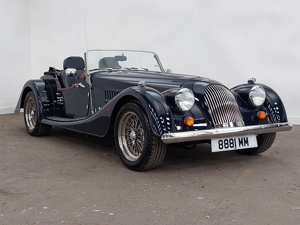 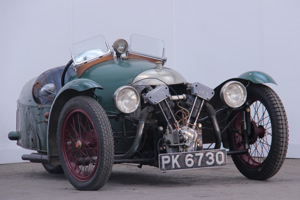 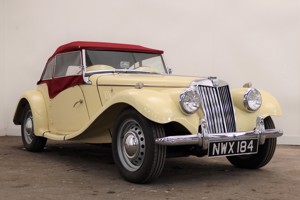 Much admired during the viewing was a very striking Bugatti Type 59 Replica, one of only 13 made by Teal in the early 1990s with Jaguar running gear and fairly convincing aluminium bodywork which attracted a great deal of interest from Europe. Estimated at £25k - £30k it sparked a fierce bidding war that was ultimately won by a bidder in the Czech Republic for £46,660. Given that a real Type 59 would cost you close to £10m, one could say that it was well bought! 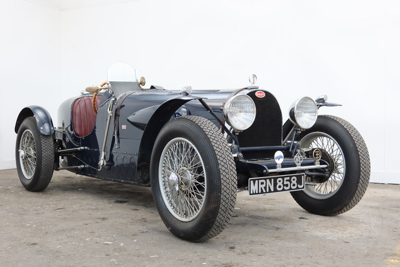 Pre-war cars always do well at Brightwells and all but two of the 16 examples on offer were successfully sold, top price going to an incredibly rare and historically important 1904 Rover 8HP. One of only two known to survive and acknowledged to be the earliest roadworthy Rover in existence, it was in super condition with a good track record on the London-Brighton Run and flew way beyond its £72k upper estimate to finish on £106,500.

Equally rare was a 1921 Lancia Dikappa with a remarkable 5-litre 4-cylinder engine and less than beautiful later bodywork which had spent most of its life in Australia. Again one of only two known survivors (the other currently undergoing restoration in Argentina), it attracted considerable interest from Europe (one gentleman travelling all the way from Austria to view) but was eventually knocked down to a well-known local collector for £35,840.

Also in the ‘rocking horse droppings’ category was a nicely patinated 1923 Itala Tipo 50B Tourer which had spent most of its life in New Zealand. Quite possibly the only surviving roadworthy example and with a recently rebuilt engine, it fetched £21,280 and is now on its way to a museum in Italy.

An extremely rare 1938 Riley Kestrel 16/4 Blue Streak, one of perhaps only 110 made in total, also attracted a huge amount of interest, despite being in need of thorough recommissioning following 16 years in storage. Conservatively estimated at £18k - £20k it had no trouble in romping to a £34,720 result. Also noteworthy was the £39,480 raised by a ‘shabby chic’ 1938 Bentley 4.25 Sports Saloon with handsome pillarless HJ Mulliner coachwork and a beautifully mellowed red leather interior. A wonderfully original 1925 Austin 7 Pram Hood also deserved every penny of the £17,275 required to secure it. 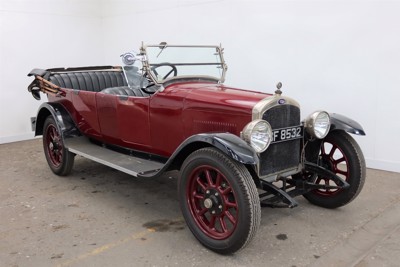 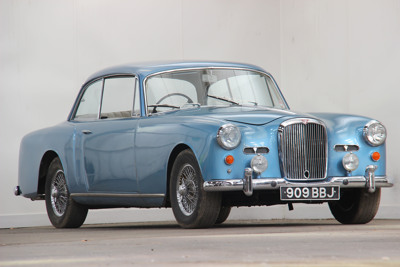 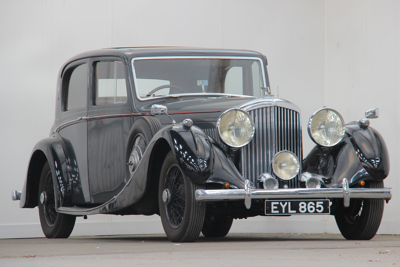 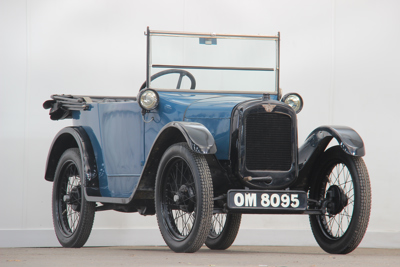 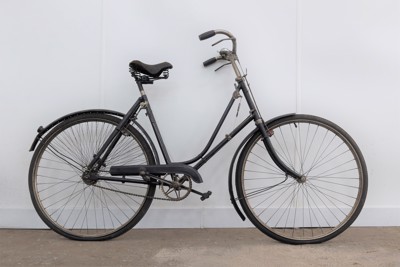 In a sale packed full of fascinating machines, a special mention must also go to a 1904 Lea-Francis Ladies Bicycle. Perhaps the top quality bike of its era with a 16 guineas price tag when new, it attracted a surprising amount of interest from all corners of the globe, finally going to a bidder in Japan for £950. From Coventry to Kyoto – who would have thought it?!

The next Brightwells Classic Vehicles auction will be on 3rd August with a closing date for entries of 22nd July so if you are thinking of selling, please get in touch by calling 01568 611122 or by emailing classiccars@brightwells.com.