Brightwells are delighted to confirm instructions to offer the motorcycle collection of the late Brian Halbert (1926 - 2021) - 13 years after successfully selling a collection of cars from his brother, Ivor Halbert.

Brian Halbert was born in March 1926 in Brislington, Bristol. Encouraged by his brother Ivor, who was 10 years his senior, he developed a passion for motorbikes from an early age.

Only 13 when World War II broke out in 1939, as soon as he was old enough, he joined Ivor and became a motorcycle despatch rider for the Civil Defence, riding his own bike, taking messages and papers across the bombed-out city. This was a dangerous business with burning buildings and huge bomb craters, invisible to motorcyclists in the darkened streets.

On leaving St Brendan’s School, he went first as an apprentice to Llewellin’s Engineering, which is still in Kings Square, Bristol. There he learned his early engineering skills.

Brian was called up in 1947 and joined the Royal Electrical and Mechanical Engineers based in Yorkshire. It was their job to repair guns, planes and tanks and get them back to the front line as soon as possible. He also put his fine engineering know-how and steady hand to ‘adjusting’ the trigger on the Sergeant Major’s pistol for shooting competitions!

After the war, he went to work briefly at Rolls Royce and then at Bristol Metal Spraying and Welding Company in Coronation Rd, Bristol where he was Chief Inspector, responsible for signing off highly technical jobs such as build-up work on the fins or strakes inside Rolls Royce Pegasus engines and specialist coatings for the water-cooling systems of nuclear power stations.

He married his wife Beryl in 1957 and together they purchased some wild woodland overlooking Nailsea and built the home they would share for the next 55 years. He worked from a small workshop beneath the house, complete with industrial drills and pre-WW2 lathe.

Brian joined the Somerset Section of the Vintage Motorcycle Club at its founding in 1960 - current members will recognise many of the machines presented here.

He bought motorcycles and parts in bike sales and jumbles, garage clearances, from other collectors, friends and fellow enthusiasts over many years. One was quite literally dug out of a cellar and another came all the way from Australia via New Zealand. Generally, he would renovate several at once, as it took a long time to gather any information and spare parts he didn’t already have. He’d write to VMCC members, manufacturers, other engineers and collectors – a lengthy process in pre-internet times.

Some of the parts he couldn’t get hold of from any other source, he would machine himself on his lathe. He’d make bits and pieces for other people too. Corroded mudguards, frames and petrol tanks were sent off to be sand-blasted, built-up, metal sprayed, then painted or chrome-plated. The moment when each bike was started for the first time was a moment of immense pride and satisfaction.

Brian bought and restored these bikes to ride them, not simply to collect them. He rode out with his local VMCC section most weekends during the 60’s and 70’s and 80’s and was still riding into his 80’s, finally hanging up his oilskins in 2009.

If you would like your bike to be considered for this sale, please send the details through to classiccars@brightwells.com or contact our team on 01568 611122 and we will do our best to accommodate you. Entries close on 2nd September so don’t leave it until the last minute. 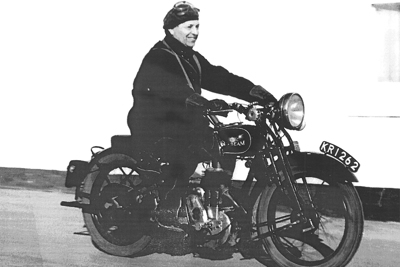 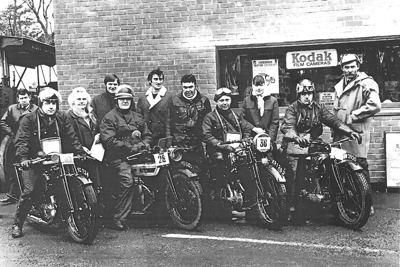 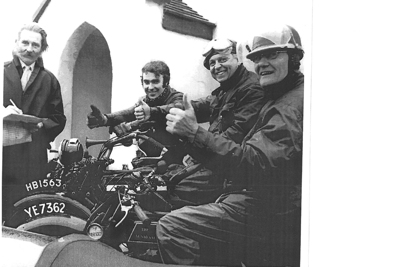