Brightwells got the year off to a flying start at their 8th March Classic Car & Motorcycle auction when all but 16 of the 162 vehicles on offer found new owners giving an impressive 90% clearance rate in a sale which grossed just over £900,000. Internet bidding was as vigorous as ever with international bidders from Austria, Belgium, France, Germany, Lichtenstein, Malta and the Czech Republic.

Top price of the day went to a nicely mellowed 1956 Austin-Healey 100/4 BN2 from long-term ownership and with many ‘M’ spec upgrades which raised £52,800. A well-presented 1963 Austin-Healey 3000 MkIIa was also successfully hammered away for £31,900 despite being a left-hand drive American import in a rather Marmite shade of bright yellow and white.

Also performing well for a left-hooker was a fine 1990 Ferrari 348TS with less than 29,000 kms on the clock which fetched £49,500 and could yet prove a shrewd investment, this ‘mini Testarossa’ being a once-unloved model which, like its larger sibling, has begun to appreciate dramatically of late. Another left-hand drive result of note was the smart 1968 Jaguar E-Type Series 1.5 2+2 Coupe which comfortably exceeded its pre-sale estimate to finish on £42,350 proving yet again just how sought after this Coventry cat continues to be in the current market which has seen other blue chip Sixties classics dipping slightly in value in recent months.

A real rarity was the 1984 Bristol Brigand, thought to be one of only three still registered in the UK, which romped to a healthy £35,200 despite having been deprived of its Rotomeister turbocharger earlier in its life. A most quirky looking machine in true Bristol fashion, it will also doubtless prove a smart buy in years to come, this quality British marque seeming to have a hard core of fans who positively revel in the unconventional looks.

Of much more appeal to the masses was a well-presented 1954 MG TF Roadster in original right-hand drive which shot well beyond estimate to finish on £28,380. Also performing well was a 1974 Lotus Elan +2S 130/5 with a recently rebuilt engine which fetched the required £18,480, this being another model which has increased in value of late thanks to its razor sharp driving dynamics in contrast to the increasingly anaesthetised feel of most more modern sports cars.

The same could also be said of the 1974 Westfield Lotus XI, a race-derived kit car which also comfortably exceeded estimate before finally falling to a Belgian internet bidder for £16,720, the relatively small 1,275cc A-Series engine being more than compensated by the extreme light weight and nimble characteristics of the classic Colin Chapman-designed chassis. Equally nippy was the 1960 Austin Seven Mini MkI with one BMC director owner from new which had been rebuilt to MkII spec by the Longbridge factory in 1981 and had only covered 5,140 miles since. Estimated at £9,000 - £11,000 it was hotly contested to a £16,830 result and a spontaneous round of applause from the room.

A cosmetically scruffy but mechanically good 1960 MGA 1600 Roadster also exceeded expectations to finish on £17,270 as did a wonderfully original and low mileage 1971 Fiat 124 Coupe Sport 1600 which raised a well-deserved £14,520 despite being a LHD example. A gorgeous powder blue LHD 1971 Fiat 500L from an Italian museum also fetched a healthy £8,140.

Indeed the whole sale had a strong Italian flavour thanks to a collection of 66 Italian cars and motorcycles entered by Andy Heywood (of McGrath Maserati fame) which achieved a 100% sale rate and fetched 50% more than their pre-sale forecast to finish on a total of £121,000 despite being mainly restoration projects. Top sellers among the cars were the £8,800 raised by a rare and delightful 1972 Fiat 500 Van and £8,690 for a high mileage 1898 Lancia Delta HF Integrale 8v, while a very original 1972 Laverda 750SF fetched £6,600 to head the bike results.

“All the signs are that the classic vehicle market remains as buoyant as ever and there seem to be no shortage of buyers for collectable cars from all decades of the last century,” said Brightwells consultant, James Dennison. “While the recent dramatic rise in value of ‘60s cars seems to have reached something of a plateau, there is certainly no sign of a significant downturn and the pre-war market also remains healthy if comparatively static. The biggest risers continue to be the cars of the ‘70s, ‘80s and ‘90s and there are still many bargains to be had in this sector while the market slowly adjusts to the new demographic forces at work as the 40 – 50 year-olds reach that stage of life when they have the wherewithal to afford the poster cars of their youth.

“With our new Modern Classics operation beginning to find its feet and the prestigious Bicester Heritage sale about to host its inaugural event on 5th April, Brightwells is well-positioned to serve all sectors of the classic vehicle hobby. We already have some interesting cars consigned for our next Leominster Classic sale and we look forward to another successful year of trading in this lively and popular market.”

To view the results of the March sale in full, please visit www.brightwells.com and click on ‘Classic Motoring’ or phone 01568 611122. Brightwells’ next Leominster Classic & Vintage sale is on 17th May 2017 and entries are now being invited with free valuations available by emailing [email protected] The closing date is Friday 14th April so please do not leave it until the last minute or your entry may have to be deferred until our 12th July sale. 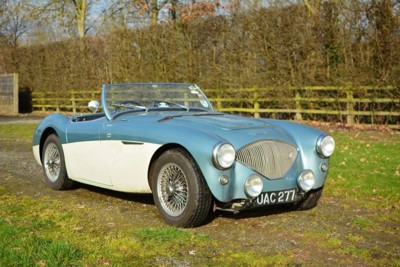 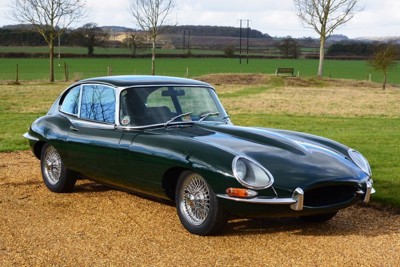 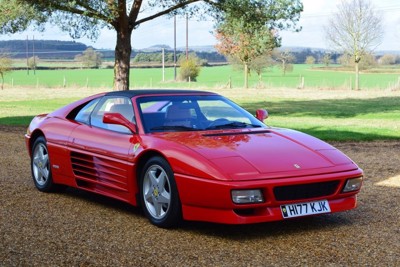