80% of entries are successfully hammered away at Brightwells

Any fears that the classic car market would be yet another victim of the Covid-19 pandemic were well and truly laid to rest at Brightwells on 13th August. All but 20 of the 100 cars on offer were successfully sold along with 9 out of 10 motorcycles for a total of £898,000. Not only have buyers embraced the new ‘online only’ sale format, it seems that they positively enjoy the excitement of battling over cars from the comfort of their own armchairs, with bidders from as far afield as Austria, Italy, France, Germany, Belgium and even the United Arab Emirates.

Top price of the day went to a very tidy-looking LHD 1966 Mercedes 230SL Pagoda with a 280 engine and Getrag five-speed gearbox conversion. A recent American import with gleaming black paintwork, it was hammered away to a German bidder for £42,500. Not far behind was a French-registered LHD 1964 Mercedes 230SL in very original condition with just two owners and 50k miles from new but with slightly tired paint which looked like a good buy at £37,500. 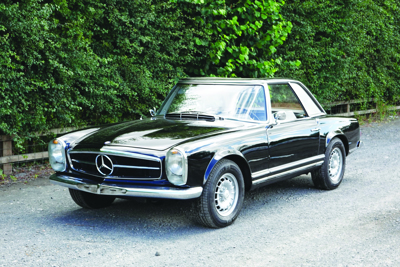 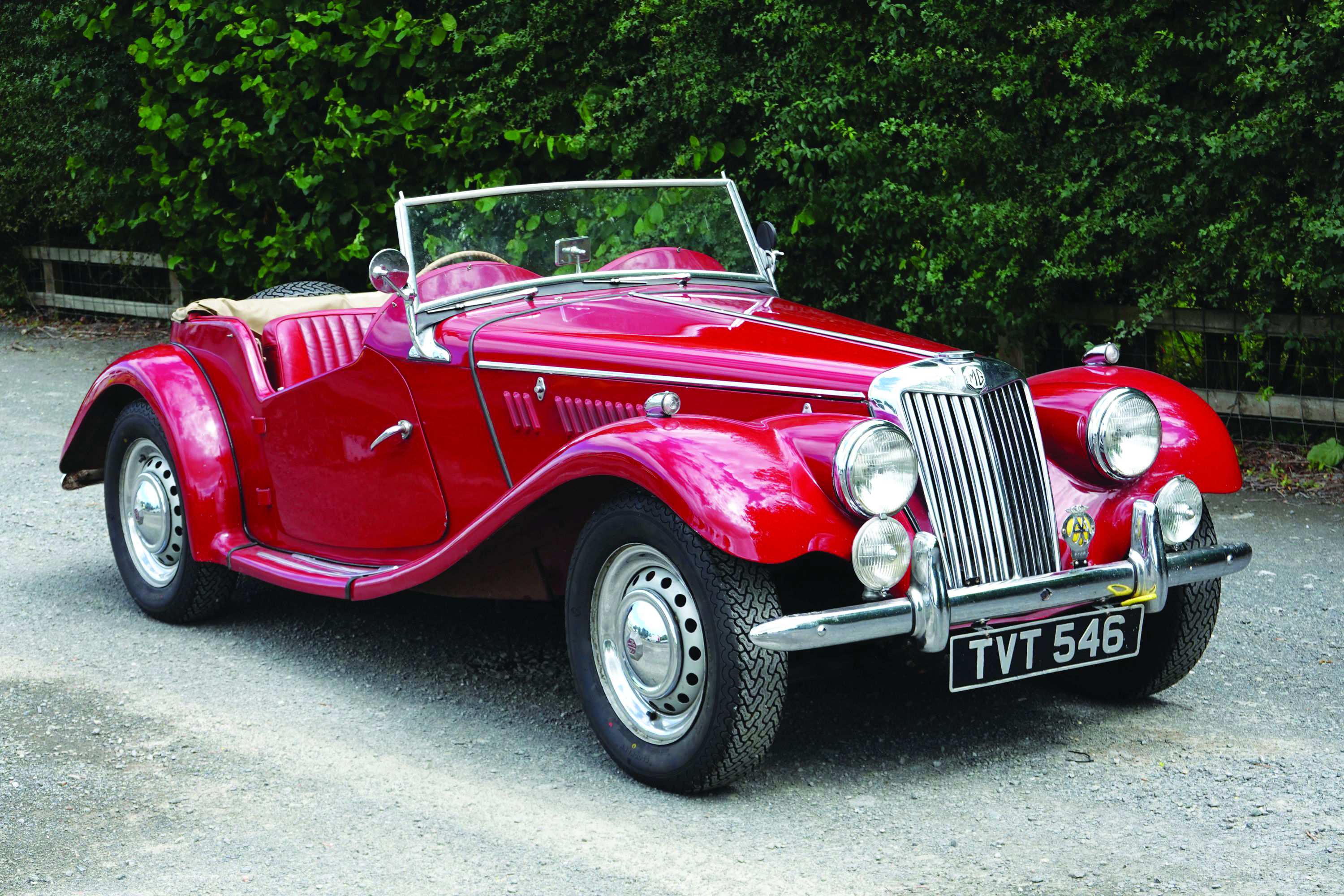 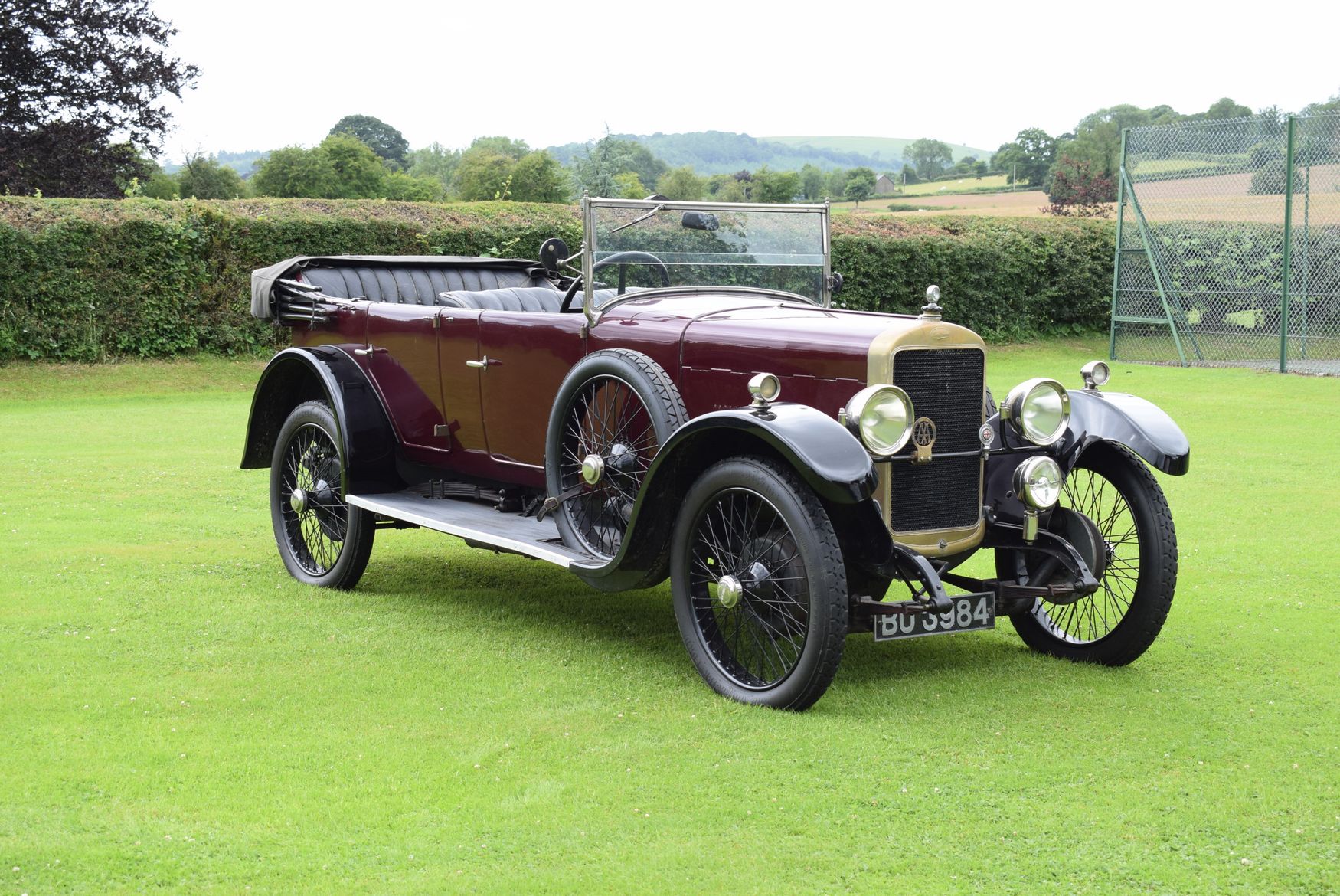 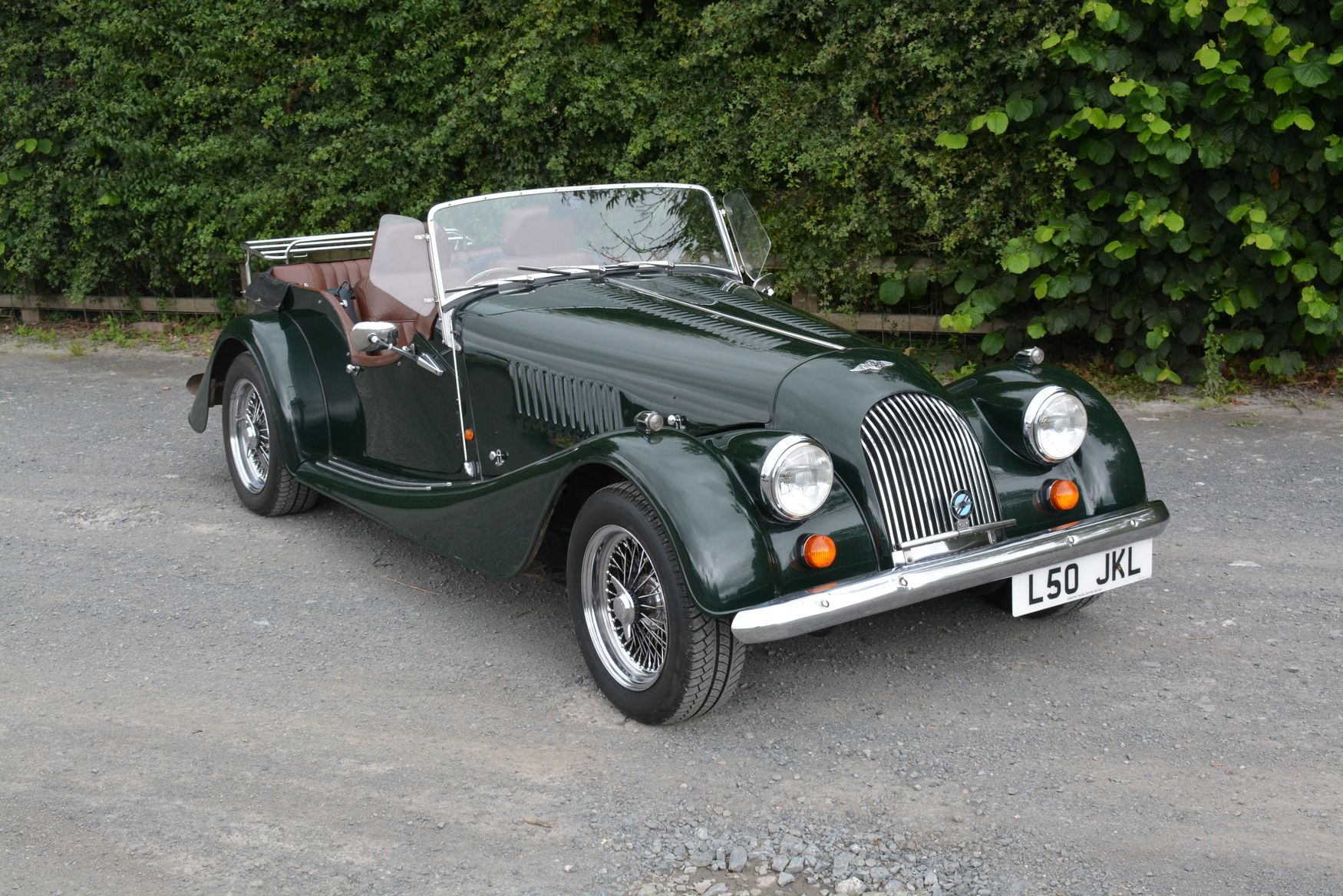 British sports cars from the 1950s seem to have taken a bit of a dip in value of late but nonetheless three out of the four on offer found new homes, top price going to a concours-winning 1958 Triumph TR3A which made £27,400. A tidy 1954 MG TF specially prepared for regularity rallies made £17,000 and a nicely restored 1953 MG TD MkII which had been converted to RHD made £14,200. A very rare 1963 Sunbeam Alpine Harrington Series C, one of only 20 made and perhaps a dozen surviving made £19,750 while a slightly scruffy 1964 Sunbeam Alpine fetched £8,750.

Of the 17 pre-war cars on offer all but four were successfully sold, top price going to a delightful 1926 Sunbeam 14/40 Tourer which looked excellent value at £25,200. A 1928 Austin Seven Gordon England Cup with various competition upgrades made £19,000 as did a nicely restored 1927 Talbot 14/45 Four-Seat Tourer. A lovely looking 1936 Daimler Light 20 Limousine fully rewarded the vendor’s ‘no reserve’ tactic by making an impressive £16,100 and is now on its way to a new home in Italy. Most eye-catching of all was the wonderfully art deco 1935 Peugeot 402 Commerciale with its large, close-set headlamps glaring out from behind the radiator grille. An unfinished restoration requiring only minor detailing to finish, it had an interesting back story (including being bricked up in a barn during WW2 to stop it falling into the hands of the Nazis) and fully deserved the £12,300 required to secure it.

With the Malvern factory only a few miles down the road, Morgans are always well represented at Brightwells and the two on offer both sold comfortably, a 1994 Plus 4 Four-Seater with under 29,000 miles on the clock making £20,250 (only £4k less than it cost new) while a slightly scruffy 1986 4/4 Four-Seater raised £11,800.

Comfortably blitzing its £7k estimate was a 1971 Morris Mini 850 Pickup with various subtle upgrades which attracted lots of pre-sale interest and flew to a £12,200 finish. Also beating all expectations was a humble 1979 Morris Marina 1.3L which had been in single-family ownership from new and was showing only 48,000 miles on the clock. In storage for the past 10 years and looking somewhat neglected and unloved, it was offered at no reserve and looked set to go for a few hundred pounds until some fierce last-minute bidding forced it all the way to £6,000, a remarkable result for a model that was always the butt of many jokes even when it was new. Often cited as one of the worst cars of all time and famously the most-scrapped car in Britain, only around 400 of the 807,000 Marinas sold are still on the road today, so perhaps it was well bought after all?

To view the results of the August sale in full, please click here. Brightwells’ next Classic & Vintage sale will be on 24th September. Entries are now being invited with free valuations available by emailing classiccars@brightwells.com. The closing date is Friday 11th September so please do not leave it until the last minute or your entry may have to be deferred until the next sale in November.

All the prices given above include the 12% buyer’s premium.