Given all the upheavals going on in the world at the moment, it should surprise no one that the classic car market is feeling the pinch just like everyone else. Auction number crunchers estimate that the market has dropped by about 20% across the board over the course of the year and who knows what the future will hold? Nevertheless, there are still plenty of enthusiasts out there who would rather have a nice old car in the garage than a lump of cash in the bank and the market remains lively for cars that are realistically priced.

Of the 160 lots offered in the September sale, 107 were successfully sold for a total of just over £1m to give a clearance rate of 67%.

It is fair to say that less-exotic pre-war cars have become less highly prized in recent years as the market for them slowly contracts for obvious demographic reasons. That being said, there are still plenty of enthusiasts of all ages who can appreciate them and of the 27 pre-war cars on offer, all but 8 were successfully sold, reflecting Brightwells’ good track record with this market sector. 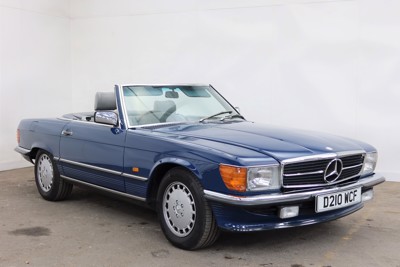 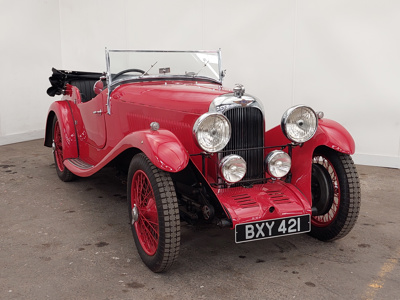 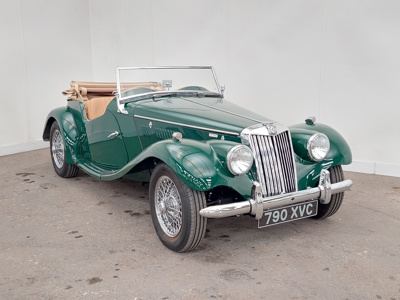 Pre-war in looks if not strictly in years, was a gorgeous 1954 MG TF 1500 which had been fully restored around a new steel body and boasted a modern Ford 5-speed gearbox. Much admired during the viewing, it flew well beyond its £18k - £20k estimate to finish on £29,180. Another interesting MG was a 1970 MGC Roadster, one of a few dozen completed by University Motors about a year after production had officially come to an end. Still looking smart after a restoration in the early 2000s, it fetched £22,400.

A natural rival to the MGC in period was the Triumph TR4A but none looked quite like the one on offer at Brightwells. A 1966 example with desirable Surrey Top, it had been given a full-bling restoration with gleaming metallic red paintwork, whitewall tyres, leather-lined cabin and various other upgrades. A real eye-catcher, it had no trouble in romping to a £26,660 result.

In similar vein was a 1966 Sunbeam Alpine Series IV with a later engine, non-standard metallic paint and alloy wheels which raised £14,000. The Italian equivalent, a 1970 Alfa Romeo 1750 GTV which had been partially restored and repainted to an indifferent standard looked like a decent buy at £20,720 when you consider that the best examples can make twice that amount.

Few cars divide opinion quite like the Daimler Dart SP250 but for everyone who sees an ugly duckling there is another who sees a swan. Fortunately, the smart 1963 example on offer found enough admirers to romp to a £29,120 result, amply rewarding the vendor’s ‘no reserve’ gamble – a tactic which invariably works well due to the sheer interest it always attracts. Future sellers, please take note!

The same could also be said of the Land Rover Tickford Station Wagon, an unusual variant of the classic Series One Land Rover which more than makes up for its dumpy looks by virtue of its rarity. Fewer than 650 were made and survivors are now highly sought-after, hence the £31,360 achieved by the 1949 restoration project on offer. Even at that price it could be considered well-bought given that the best examples can make £50k+.

Moving rather more upmarket, a nicely preserved 1959 Rolls-Royce Silver Cloud 1 with just three owners from new looked like a lot of car for £30,240 while a largely dismantled and partially restored 1926 Rolls-Royce 20 Tourer looked like a lot of work for £13,440. A scruffy but still driveable 1949 Bentley MkVI seemed a worthwhile gamble at £11,310 while a 1979 Rolls-Royce Silver Shadow II in need of mild cosmetic TLC and driven 100 miles to the sale seemed a bargain at £6,720. Just how cheap can these Shadows get? 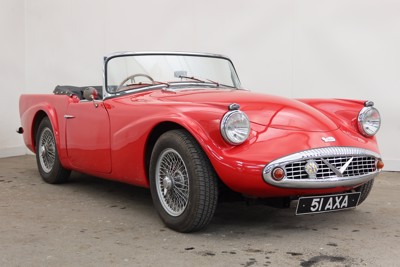 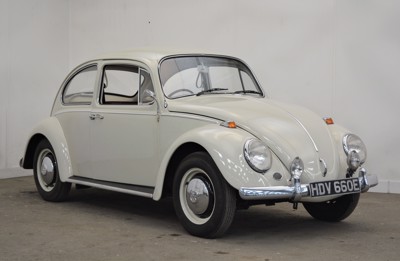 Special mention should also be made of a wonderful 1966 Volkswagen Beetle 1300 which had been owned by the vendor from new. Despite having 115k miles under its wheels, it still looked utterly charming with gleaming white/grey paintwork and a beautifully original red interior. Clearly a much-loved machine, it deserved every penny of the £12,660 required to secure it.

The next Brightwells Classic Vehicles auction will be on 26th October with a closing date for entries of 14th October so if you are thinking of selling, please get in touch by calling 01568 611122 or by emailing [email protected].