Brightwells had managed to assemble yet another bulging catalogue for their sale on 11th May with over 170 wonderful classic cars on offer spanning every decade of the 20th Century. With bidders from as far afield as Australia, Hong Kong, Hungary, Switzerland and Germany there was plenty to catch the eye of even the most discerning international clientele and by the end of a muggy Spring afternoon almost 85% of entries had been sold in a sale which grossed over £1.7m.

Top price of the day went to a stunning 1962 Jaguar E-Type S1 3.8 Semi-Lightweight Coupe which had been painstakingly built over many years but never raced and hardly even driven. With aggressively flared aluminium bodywork, Dunlop racing wheels and a rebuilt engine fed by triple-Weber carbs, it looked sensational and sparked a tense battle between bidders in the room, on the phones and on the internet, before finally falling to a buyer from the north of England for a top estimate £123,200 – thereby raising a spontaneous round of applause from an audience kept spellbound by the intensity of the battle required to secure it, one contestant upping the auctioneer’s £1,000 bidding increments by £5,000 on three consecutive occasions in an ultimately vain attempt to knock his opponents out!

Much admired during the viewing was a 1937 Bentley 4.25-Litre Sports Tourer which had formerly belonged to maverick Tory MP, Sir Alan Clark. With only 20,000 miles under its wheels since a full engine rebuild by Ristes of Nottingham while in Clark’s ownership, it romped to £85,800 despite having been rebodied from a Mulliner saloon to a tourer in the 1960s. A very smart 98,000-mile 1996 Bentley Turbo R looked like a lot of car for £11,000, as did a rare 1970 Rolls-Royce Mulliner Park Ward Two-door Coupe at £17,875.

Two other British results of note included the whopping price required to secure a 1950 Land Rover S1 80-inch in highly correct and sympathetically restored condition which was hotly contested to a £31,350 finish, some £10,000 above forecast and further proof of just what rapid gains this utilitarian 4x4 has made in recent times. A 1987 Morgan 4/4 with desirable Plus 4 aluminium wide-body and only 15,000 miles from new also fetched a strong £21,450.

Switching to the German offerings, four of the five Porsche models in the catalogue also sold well, a 1988 911 Carrera Targa 3.2 making the required £33,000 while a rare 1982 924 Turbo S2 looked like a shrewd buy at £7,920 as did a slightly scruffy 1990 928 S4 at £7,150, these front-engined Porsches being widely tipped for future growth. A pair of spectacular VW Beetles also performed extremely well, a 1967 version with a 1500 engine raising £16,500 and a 1954 ‘oval window’ 1200 fetching £14,080 – these prices being perhaps three times the amount that merely good examples would typically fetch at auction thanks to the stunning quality of their respective restorations.

A couple of Italian results were also worthy of mention, most notably the nicely mellowed 1971 Maserati Indy America 4.7 Automatic which sold for a mid-estimate £42,900 and could yet prove a canny investment given the way this very usable 70s supercar has appreciated in value of late. A comment which also applies to the dainty Lancia Fulvia 1.3 Coupe, a tidy 1971 example of which made a respectable £11,000 which is about twice what it would have made just a couple of years ago.

Perhaps the most spectacular vehicle in the sale was a beautifully restored and customised 1940 Ford Half-Ton Pickup which had covered less than 1,000 miles from build with a new Chevrolet 5-litre V8, 5-speed manual gearbox and power disc brakes and deserved every penny of the £27,500 required to secure it. Equally stunning was the superb 1967 Volvo P1800S which had been sympathetically renovated in 2012 and fitted with unusual painted wire wheels which also raised a mighty £27,500 this being about double the usual going rate for one of these handsome Swedish coupes thanks to its fine condition, although the fact that it was also signed by Roger Moore probably helped it along a bit too.

As ever at Brightwells, there was a good contingent of pre-war cars on offer, the most imposing being a lovely 1930 Sunbeam 20hp Open Two-Seater and Dickey which made £34,100. A wonderfully preserved ‘oily rag’ 1929 Austin 16/6 Pickup more than doubling its pre-sale estimate to finish on £21,450 while a smart looking 1934 Austin 7 Nippy fetched a top estimate £18,700 and a highly original 1933 Riley Nine Monaco saloon raised £11,880. The oldest car in the sale also fared well, a delightful Edwardian 1910 Swift 7hp De Luxe which had spent many years in the Sharpe Collection in Essex and thoroughly deserved its £14,850 result. Even more rare and fascinating was the quirky 1934 Chrysler Airflow, a Kew-built RHD Art Deco oddity which looked something of a bargain at £10,175 given that it was one of only two known to survive in the UK and only 4,600 made in total.

Also good value were a smart looking 1955 Austin-Healey 100/4 BN1 at a bottom estimate £38,500 and a 1954 Bristol 403 recommissioning project which cost an Australian phone bidder £25,300 to secure and should amply reward the remedial works now required, this being a £50,000 car once returned to good condition. However, we have a sneaking suspicion that perhaps the best buy of the day was the c.1948 Italia Cisitalia GP child’s car, one of perhaps only two made and with provenance to die for (ex-Giovanni Michelotti and Triumph MD, Harry Webster) which fetched a withinestimate £9,350 but would conceivably be worth far more to anyone fortunate enough to own a full-size version of this giant-slaying Italian early post-war Grand Prix car.

“Yet again we were delighted with the results of the sale and we are particularly pleased to have maintained our 80%+ sale rate for the 14th time in a row at a time when many other auction houses are struggling to sell much over half their entries,” said Brightwells consultant, James Dennison. “After nearly 10 years of dramatic growth, it seems that the very top end of the market has now cooled off somewhat and buyers are being more choosy where they park their money, with only the finest or best historied cars continuing to fetch record prices at auction. This also applies lower down the scale and there is a widening gulf between merely good cars and really excellent ones at all price levels, with superb examples ever more keenly fought over. Overall the enthusiast end of the market is holding up well and there are still pockets of growth for those able to spot them, especially among up-andcoming classics from the post-1980 era. We have launched a new sale to cater for these Modern Classics, the inaugural event being on 23rd June, and we expect this to become an increasingly popular part of the Brightwells operation in years to come.”

To view the results of the May sale in full, please visit www.brightwells.com and click on ‘Classic Motoring’ or phone 01568 611122. Brightwells’ next sale is on 13th July 2016 and entries are now being invited with free valuations available by emailing [email protected] The closing date is Friday 10th June so please do not leave it until the last minute or your entry may have to be deferred until our 21st September sale. 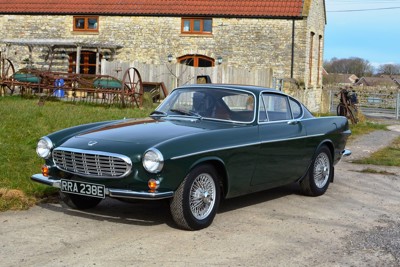 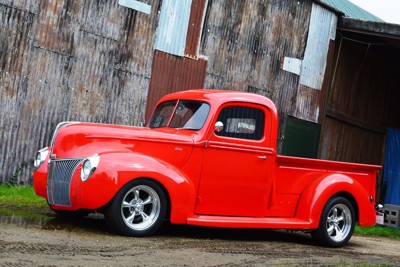 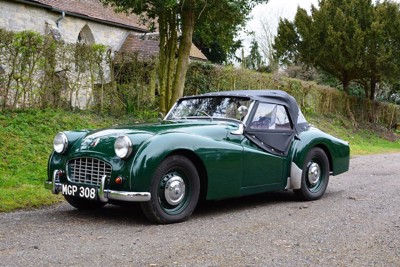 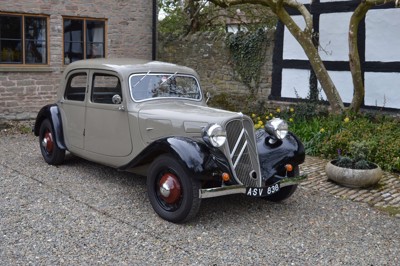